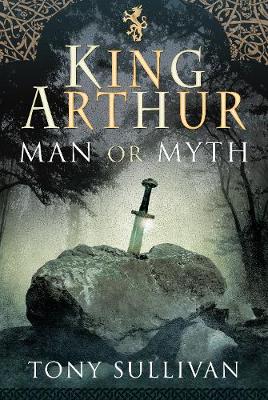 The book is an investigation of the evidence for King Arthur based on the earliest written sources rather than later myths and legends. The evidence is laid out in a chronological order starting from Roman Britain and shows how the legend evolved and at what point concepts such as Camelot, excalibur and Merlin were added. It covers the historical records from the end of Roman Britain using contemporary sources such as they are, from 400-800, including Gallic Chronicles, Gildas and Bede. It details the first written reference to Arthur in the Historia Brittonum c800 and the later Annales Cambriae in the tenth century showing the evolution of the legend in in later Welsh and French stories. The work differs from other books on the subject in not starting from or aiming at a specific person. It compares the possibility of Arthur being purely fictional with an historical figure alongside a list of possible suspects. The evidence is presented and the reader is invited to make up their own mind before a discussion of the Author's own assessment. AUTHOR: Tony is 52 years old and lives in Kent with his wife and children. He spent 31 years in the London Fire Brigade and have recently retired. He has been interested in dark age history and King Arthur in particular for many years and noticed the vast array of different theories from amateur historians and others. The discrepancy with academics and historians also interested him and he began to study the source material. The field seems to be split between one hand amateur enthusiasts with a particular theory and on the other sceptical professionals. He has applied a forensic approach similar to investigating a fire but from the point of view of a sceptical enthusiast. At the very least he hopes to clarify the difference between good and bad evidence, what questions to ask and where we can look for the answer to the mystery. 32 b/w illustrations

» Have you read this book? We'd like to know what you think about it - write a review about King Arthur: Man or Myth? book by Tony Sullivan and you'll earn 50c in Boomerang Bucks loyalty dollars (you must be a Boomerang Books Account Holder - it's free to sign up and there are great benefits!)


A Preview for this title is currently not available.
More Books By Tony Sullivan
View All