In the dramatic conclusion to the Ravenmaster Trilogy, Anna Cooper must find the strength to face her greatest fear in Britain's darkest hour.

London, 1944. War is raging across Europe and Hitler's terrifying secret weapons, V1 rockets, transform life into a nightmare. After her mother was killed in an air raid, Anna Cooper was sent to live with her uncle, the Ravenmaster at the Tower of London. Now, he too is dead and Anna must seek help from her estranged father to discover her only chance of fighting back. Commandeering a Spitfire, Anna leads a crew of fearless pilots to intercept the deadly rockets. But Hitler has one final secret weapon, against which there is no defence... At the eve of a devastating war, Anna must confront the ghosts of her past and do what she can to survive in a world for ever changed.

Other Editions - A Kingdom Falls by John Owen Theobald 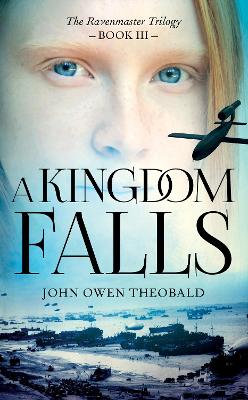 » Have you read this book? We'd like to know what you think about it - write a review about Kingdom Falls book by John Owen Theobald and you'll earn 50c in Boomerang Bucks loyalty dollars (you must be a Boomerang Books Account Holder - it's free to sign up and there are great benefits!)

Born and raised in Eastern Canada, John Owen Theobald moved to the UK to study the poetry of Keats, and in 2009 received a PhD from the University of St Andrews. He lives in London, England.