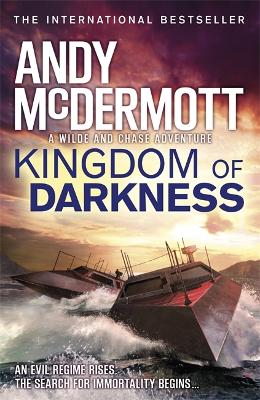 Full of his trademark action, thrills and humour, this is Andy McDermott's 10th novel featuring his brilliant series leads, Nina Wilde and Eddie Chase.1943 - Occupied GreeceThe mission was simple: round up any hidden Jews. But beneath an isolated farmhouse, one SS unit finds a far greater bounty - a shrine to Alexander the Great and a water-filled urn possessing mysterious qualities. Taking the treasure, the Nazis disappear...Present Day - Los AngelesArchaeologist Nina Wilde and her husband Eddie Chase encounter a young man, desperate to warn Nina about a raid on Alexander's newly-discovered tomb. But before he can explain, he is assassinated by a Nazi war criminal - who has barely aged in seventy years.As Nina and Eddie search for answers, they discover that the most evil regime in history is threatening to rise again. And this time they are on the hunt for the greatest prize of all - immortality...

Other Editions - Kingdom of Darkness (Wilde/Chase 10) by Andy McDermott 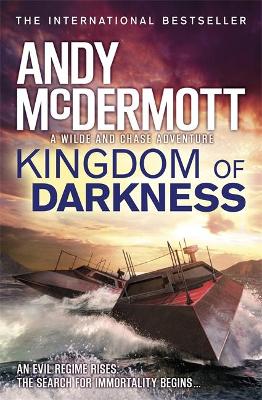 » Have you read this book? We'd like to know what you think about it - write a review about Kingdom of Darkness (Wilde/Chase 10) book by Andy McDermott and you'll earn 50c in Boomerang Bucks loyalty dollars (you must be a Boomerang Books Account Holder - it's free to sign up and there are great benefits!)