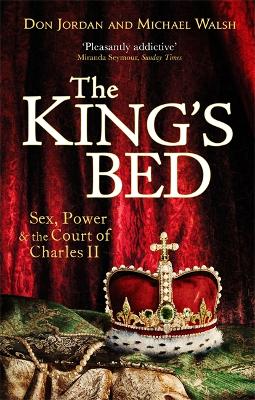 Sex, Power and the Court of Charles II

To refer to the private life of Charles II is to abuse the adjective. His personal life was anything but private. His amorous liaisons were largely conducted in royal palaces surrounded by friends, courtiers and literally hundreds of servants and soldiers. Gossip radiated throughout the kingdom. Charles spent most of his wealth and his intellect on gaining and keeping the company of women, from the lowest sections of society such as the actress Nell Gwyn to the aristocratic Louise de Kerouaille. Some of Charles' women played their part in the affairs of state, colouring the way the nation was run. Don Jordan and Michael Walsh take us inside Charles' palace, where we will meet court favourites, amusing confidants, advisors jockeying for political power, mistresses past and present as well as key figures in his inner circle such as his 'pimpmasters' and his personal pox doctor.The astonishing private life of Charles II reveals much about the man he was and why he lived and ruled as he did. THE KING'S BED tells the compelling story of a king ruled by his passion.

Other Editions - The King's Bed by Don Jordan 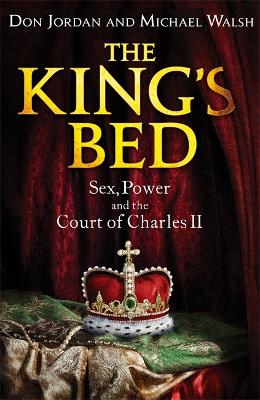 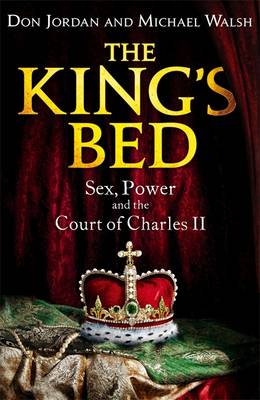 » Have you read this book? We'd like to know what you think about it - write a review about King's Bed book by Don Jordan and you'll earn 50c in Boomerang Bucks loyalty dollars (you must be a Boomerang Books Account Holder - it's free to sign up and there are great benefits!)

Don Jordan and Michael Walsh have each won awards for investigative journalism. Don Jordan has twice won a Blue Ribbon Award at the New York Film and Television Festival and Michael Walsh has won a Royal Television Society Award. Together they have written four books, including White Cargo, acclaimed by Nobel Laureate Toni Morrison as an 'extraordinary book'.

A Preview for this title is currently not available.
More Books By Don Jordan
View All