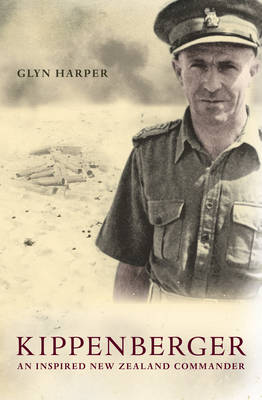 Major General Sir Howard Karl Kippenberger, KBE, CB, DSO and Bar, ED, was an exceptional New Zealander and one of the truly great military commanders of World War two. Here Glyn Harper examines his formative years, including his WW1 experiences, and shows how they influenced his style of leadership and performances on the battlefield. Beginning with the ill-fated Greek expedition of 1941 and the disaster in Crete, the book covers events in North Africa and the Italian Campaign. Known affectionately by the men as Kip, his military career ended abruptly when he stepped on a mine at Monte Cassino and lost both feet. However that wasn't the end of his story, and he led an interesting and significant career post-war. First published in hardback in in 1997, Glyn Harper's book has become a deserving classic and is now available in a new format.

» Have you read this book? We'd like to know what you think about it - write a review about Kippenberger book by Glyn Harper and you'll earn 50c in Boomerang Bucks loyalty dollars (you must be a Boomerang Books Account Holder - it's free to sign up and there are great benefits!)

Glyn Harper is the author of several books on military history, including a biography of Kippenberger, the very popular Massacre at Passchendaele (which was issued in both hardback and paperback) and an edited collection of letters from First World War soldiers, Letters from the Battlefield. Glyn is currently Associate Professor of Military Studies at Massey University, Palmerston North.