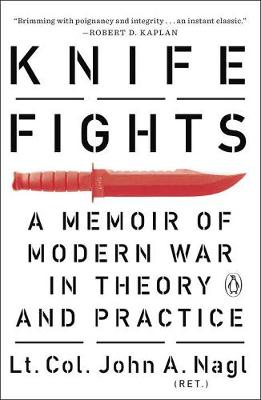 A Memoir of Modern War in Theory and Practice

Delivering a profound education in modern warfare, John Nagl'sKnife Fightsis essential reading for anyone who cares about the fate of America's soldiers and the purposes for which their lives are putat risk.

As an army tank commander in the first Gulf War, Nagl was an early convert to the view that America's greatest future threats would come from asymmetric warfare-guerrillas, terrorists, and insurgents. His Oxford thesis on the lessons of Vietnam-eventually published as a book calledLearning to Eat Soup with a Knife-became the bible of the counterinsurgency movement. But it would take 9/11 and the botched aftermath of the Iraq invasion togive his ideas contemporary relevance. After a year's hard fighting in Iraq's Anbar Province, where Nagl served as operations officer of a tank battalion in the 1st Infantry Division, he was asked by General David Petraeus to coauthor the new Army and Marine Corps counterinsurgency field manual-rewriting core doctrine that would change the course of two wars and the thinking of an army.

Knife Fightsis the definitive account of counterinsurgency and its consequences by the man who was the doctrine's leading architect.

Other Editions - Knife Fights by John A. Nagl 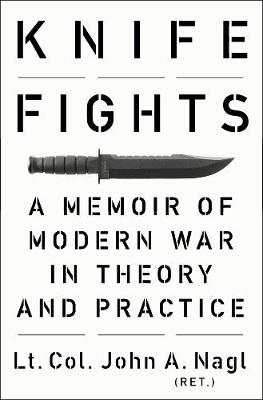 » Have you read this book? We'd like to know what you think about it - write a review about Knife Fights book by John A. Nagl and you'll earn 50c in Boomerang Bucks loyalty dollars (you must be a Boomerang Books Account Holder - it's free to sign up and there are great benefits!)

John A. Nagl is a retired lieutenant colonel of the U.S. Army. A graduate of West Point and a Rhodes Scholar, he received his PhD from St. Antony's College, Oxford. He is the former president of the Center for a New American Security and the ninth headmaster of the Haverford School in Pennsylvania.

Books By John A. Nagl 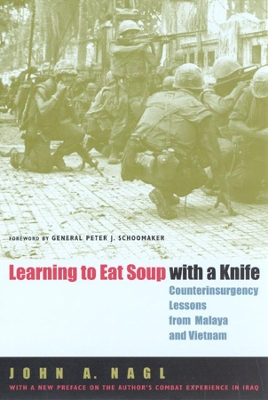 Learning to Eat Soup with a Knife
Paperback / softback, October 2005 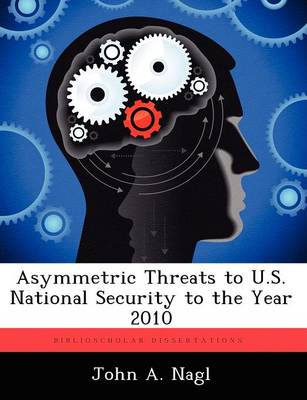