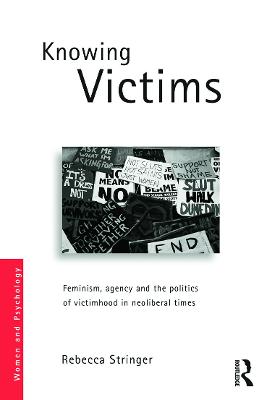 Knowing Victims explores the theme of victimhood in contemporary feminism and politics. It focuses on popular and scholarly constructions of feminism as 'victim feminism' - an ideology of passive victimhood that denies women's agency - and provides the first comprehensive analysis of the debate about this ideology which has unfolded among feminists since the 1980s.

The book critically examines a movement away from the language of victimhood across a wide array of discourses, and the neoliberal replacement of the concept of structural oppression with the concept of personal responsibility. In derogating the notion of 'victim,' neoliberalism promotes a conception of victimization as subjective rather than social, a state of mind, rather than a worldly situation.

Drawing upon Nietzsche, Lyotard, rape crisis feminism and feminist philosophy, Stringer situates feminist politicizations of rape, interpersonal violence, economic inequality and welfare reform as key sites of resistance to the victim-blaming logic of neoliberalism. She suggests that although recent feminist critiques of 'victim feminism' have critically diagnosed the anti-victim movement, they have not positively defended victim politics. Stringer argues that a conception of the victim as an agentic bearer of knowledge, and an understanding of resentment as a generative force for social change, provides a potent counter to the negative construction of victimhood characteristic of the neoliberal era.

This accessible and insightful analysis of feminism, neoliberalism and the social construction of victimhood will be of great interest to researchers and students in the disciplines of gender and women's studies, psychology, sociology, politics and philosophy. 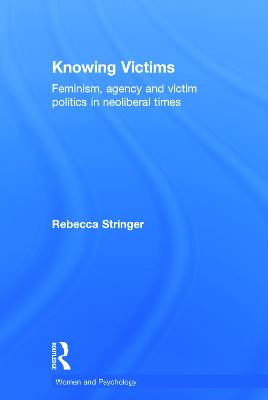 » Have you read this book? We'd like to know what you think about it - write a review about Knowing Victims book by Rebecca Stringer and you'll earn 50c in Boomerang Bucks loyalty dollars (you must be a Boomerang Books Account Holder - it's free to sign up and there are great benefits!)

Rebecca Stringer is Senior Lecturer in the Department of Sociology, Gender and Social Work at the University of Otago in Dunedin, New Zealand.

A Preview for this title is currently not available.
More Books By Rebecca Stringer
View All