A great American writer's confrontation with a great European critic - a personal and intellectual awakening.

A hundred years ago, the Viennese satirist Karl Kraus was among the most penetrating and prophetic writers in Europe: a relentless critic of the popular media's manipulation of reality, the dehumanizing machinery of technology and consumerism, and the jingoistic rhetoric of a fading empire. But even though his followers included Franz Kafka and Walter Benjamin, he remained something of a lonely prophet, and few people today are familiar with his work. Thankfully, Jonathan Franzen is one of them.

In THE KRAUS PROJECT, Franzen not only presents his definitive new translations of Kraus but annotates them spectacularly, with supplementary notes from the Kraus scholar Paul Reitter and the Austrian writer Daniel Kehlmann. Kraus was a notoriously cantankerous and difficult author, and in Franzen he has found his match: a novelist unafraid to voice unpopular opinions strongly, a critic capable of untangling Kraus's often dense arguments.

While Kraus lampoons the iconic German writer Heinrich Heine and celebrates his own literary heroes, Franzen's annotations soar over today's cultural landscape and then dive down into a deeply personal recollection of his first year out of college, when he fell in love with Kraus.

Painstakingly wrought, strikingly original in form, THE KRAUS PROJECT is a feast of thought, passion, and literature.


Other Editions - The Kraus Project by Jonathan Franzen 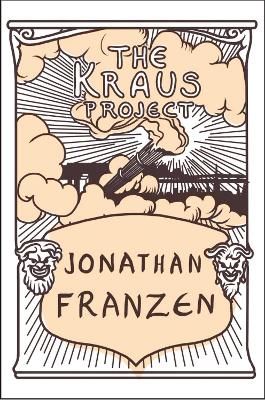 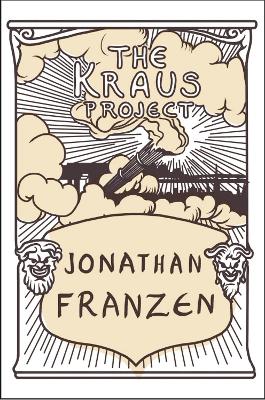 » Have you read this book? We'd like to know what you think about it - write a review about Kraus Project book by Jonathan Franzen and you'll earn 50c in Boomerang Bucks loyalty dollars (you must be a Boomerang Books Account Holder - it's free to sign up and there are great benefits!)

Jonathan Franzen was born in 1959 and graduated from Swarthmore College. He has lived in Boston, Spain, New York, Colorado Springs and Philadelphia. His other novels are `The Twenty-Seventh City', `Strong Motion', `The Corrections' and `Freedom'. He is also the author of two collections of non-fiction, `How To Be Alone' and `Farther Away' and `The Discomfort Zone', a memoir. His fiction and non-fiction appear frequently in the `New Yorker' and `Harper's', and he was named one of the best American novelists under forty by `Granta' and the `New Yorker'. He lives in New York City.