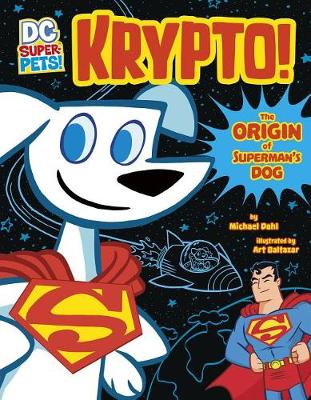 Krypto: The Origin of Superman's Dog

Description - Krypto: The Origin of Superman's Dog by ,Michael Dahl

Even Superman needs a loyal sidekick. But how did Krypto the Super-Dog become the Man of Steel's best friend? Discover the origin of this superpowered Super-Pet in the this action-packed, POW!-WHAM!-BOOM! chapter book for early readers. Ages 6 to 8 AUTHOR: Michael Dahl is the prolific author of the bestselling Goodnight, Baseball picture book and more than 200 other books for children and young adults. He has won the AEP Distinguished Achievement Award three times for his nonfiction, a Teacher's Choice award from Learning magazine, and a Seal of Excellence from the Creative Child Awards. And he has won awards for his board books for the earliest learners, Duck Goes Potty and Bear Says "Thank You!" Dahl has written and edited numerous graphic novels for younger readers, authored the Library of Doom adventure series, the Dragonblood books, Trollhunters, and the Hocus Pocus Hotel mystery/comedy series. Dahl has spoken at schools, libraries, and conferences across the US and the UK, including ALA, AASL, IRA, and Renaissance Learning. He currently lives in Minneapolis, Minnesota in a haunted house. SELLING POINTS: Over 250,000 copies sold in DC Super-Pets series and over 75,000 copies sold of the four DC Super Hero Origins Popular topics: combines superheroes and pets Illustrated by cartoonist Art Baltazar, multi-time Eisner Award winner and creator of DC Comics' TINY TITANS Written by Steve Korte, editor of 75 Years of DC Comics, winner of the 2011 Eisner Award Features the pets of the World's Greatest Super Heroes: Batman, Superman, and Wonder Woman

Other Editions - Krypto: The Origin of Superman's Dog by ,Michael Dahl 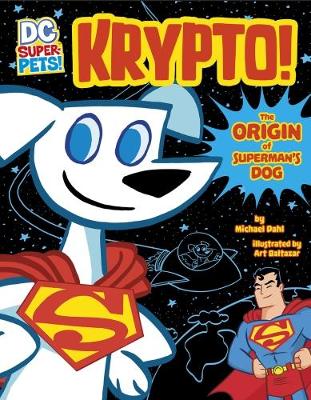 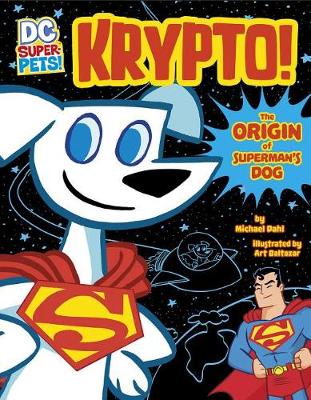 » Have you read this book? We'd like to know what you think about it - write a review about Krypto: The Origin of Superman's Dog book by ,Michael Dahl and you'll earn 50c in Boomerang Bucks loyalty dollars (you must be a Boomerang Books Account Holder - it's free to sign up and there are great benefits!)


A Preview for this title is currently not available.
More Books By ,Michael Dahl
View All