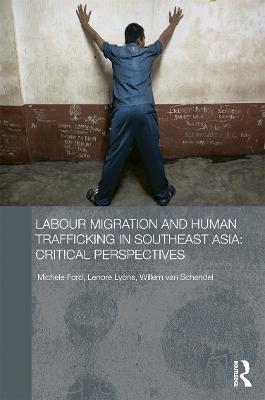 Since the signing of the UN Trafficking Protocol, anti-trafficking laws, policies and other initiatives have been implemented at the local, national and regional levels. These activities have received little scholarly attention. This volume aims to begin to fill this gap by documenting the micro-processes through which an anti-trafficking framework has been translated, implemented and resisted in mainland and island Southeast Asia. The detailed ethnographic accounts in this collection examine the everyday practices of the diverse range of actors involved in trafficking-like practices and in anti-trafficking initiatives. In demonstrating how the anti-trafficking framework has become influential -- and even over-determining -- in some border sites and yet remains mostly irrelevant in others, the chapters in this collection explore the complex connections between labour migration, migrant smuggling and human trafficking. 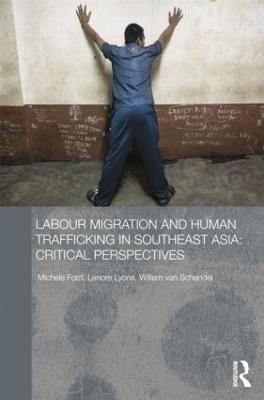 » Have you read this book? We'd like to know what you think about it - write a review about Labour Migration and Human Trafficking in Southeast Asia book by Michele Ford and you'll earn 50c in Boomerang Bucks loyalty dollars (you must be a Boomerang Books Account Holder - it's free to sign up and there are great benefits!)

Willem van Schendel is Professor in the Department of Anthropology and Sociology at the University of Amsterdam. He is author of several books, including A History of Bangladesh (Cambridge University Press 2009) and The Bengal Borderland: Beyond State and Nation in South Asia (Anthem Press 2005) Lenore Lyons is an Honorary Associate in the Department of Indonesian Studies at the University of Sydney. Recognized as the leading scholar on the feminist movement in Singapore, she recently completed a major study of citizenship, identity and sovereignty in the Riau Islands of Indonesia Michele Ford is Associate Professor of Indonesian Studies at the University of Sydney, where she teaches and researches about social activism and human rights in Southeast Asia. She is the author of Workers and Intellectuals: NGOs, Trade Unions and the Indonesian Labour Movement (NUS/Hawaii/KITLV 2009)

A Preview for this title is currently not available.
More Books By Michele Ford
View All