Anais Nin's Ladders to Fire interweaves the stories of several women, each emotionally inhibited in her own way: through self-doubt, fear, guilt, moral drift, and distrust. The novel follows their inner struggles to overcome these barriers to happiness and wholeness. The author's own experiences, as recorded in her famous diaries, supplied the raw material for her fiction. It was her intuitive, experimental, and always original style that transformed one into the other. Nin herself memorably claimed that "it was the fiction writer who edited the diary."

Ladders to Fire is the first book of Nin's continuous novel, Cities of the Interior, which also includes Children of the Albatross, The Four-Chambered Heart, A Spy in the House of Love, and Seduction of the Minotaur. These loosely interlinked stories develop the characters and themes established in the first volume, leading slowly toward a resolution of inner turmoil and conflict.

This Swallow Press reissue of Ladders to Fire includes a new introduction by Nin scholar Benjamin Franklin V, as well as Gunther Stuhlmann's classic foreword to the 1995 edition.

Other Editions - Ladders to Fire by Anais Nin 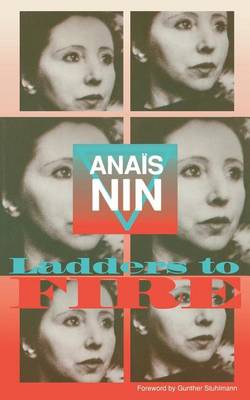 » Have you read this book? We'd like to know what you think about it - write a review about Ladders to Fire book by Anais Nin and you'll earn 50c in Boomerang Bucks loyalty dollars (you must be a Boomerang Books Account Holder - it's free to sign up and there are great benefits!)