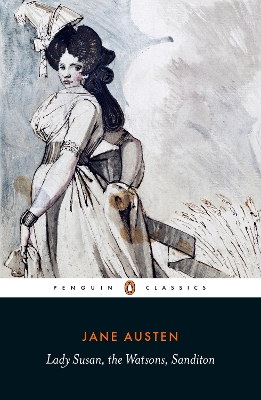 These three short works show Austen experimenting with a variety of different literary styles, from melodrama to satire, and exploring a range of social classes and settings. The early epistolary novel LADY SUSAN depicts an unscrupulous coquette, toying with the affections of several men. In contrast, THE WATSONS is a delightful fragment, whose spirited heroine - Emma - finds her marriage opportunities limited by poverty and pride. Meanwhile SANDITON, set in a seaside resort, offers a glorious cast of hypochondriacs and spectators, treated by Austen with both amusement and scepticism.

Other Editions - Lady Susan, the Watsons, Sanditon by Jane Austen 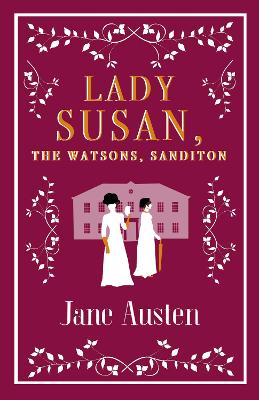 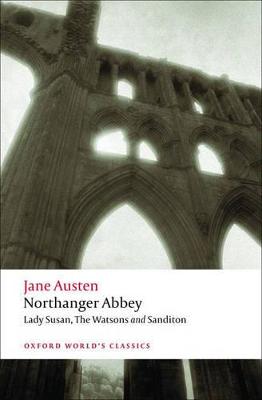 » Have you read this book? We'd like to know what you think about it - write a review about Lady Susan, the Watsons, Sanditon book by Jane Austen and you'll earn 50c in Boomerang Bucks loyalty dollars (you must be a Boomerang Books Account Holder - it's free to sign up and there are great benefits!)

This is an omnibus of Jane Austen’s unpublished novel, Lady Susan, with two unfinished novels, The Watsons and Sanditon. Lady Susan was written early in Austen’s writing career, around the time she was writing Sense and Sensibility, Pride and Prejudice and Northanger Abbey, and is in the format of letters. Lady Susan Vernon, finding herself in straitened circumstances after the death of her ailing husband, is forced to put her sixteen-year-old daughter into school and live with her brother-in-law, Charles Vernon, and his wife Catherine, at Churchill. Lady Susan is beautiful, charming and artful; her letters show she is also extravagant, scheming, manipulative and selfish, although she is adept at hiding this from those she seeks to influence. A very short novel, by Austen standards, and not a format that showcases her writing talent, this novel still amply illustrates her mastery of plot and character. The Watsons is a fragment of the novel written when Austen’s family moved from Steventon to Bath, an unhappy period in her life. Emma Watson, youngest of the Watson girls, has lived with her aunt and uncle for fourteen years. When her uncle dies and her aunt remarries, her expected inheritance disappears and she has to return to the family home: an ailing father, and three sisters she does not know. Invited by well-off friends, the Edwards, to town and a ball, Emma meets a cast of characters who are to influence her future. The Watson family is a humble one by Austen’s usual standards, although the heroine shows great promise and the plot has endless possibilities. While it is frustrating to not know the ending, the reading is, nonetheless, pleasurable. Sanditon is a fragment of the last novel Austen ever wrote, written at the time of Persuasion, Mansfield Park and Emma. A carriage accident in which Tom Parker sprains his ankle as he and his wife Mary are returning to the seaside town of Sanditon begins the long and important acquaintance between the Parkers and the Heywood family. The eldest Heywood daughter, 22 year old Charlotte, is exhorted to accompany the Parkers back to Sandition to benefit from taking the sea air and to bathe. What follows is Charlotte’s impressions of the extended Parker family and the residents of Sanditon who are committed to making their town a popular vacation spot for families. The characters are comical and the plot has great potential; a great shame that it was unfinished due to Austen’s illness and death. However short, the quality of the writing is still apparent.

Jane Austen (1775-1817) was very modest about her own achievements, but has become one of the most celebrated and well-loved writers in English literature. Her bestselling and most enduring novels include Pride and Prejudice and Emma. Margaret Drabble is a writer and critic; her most recent novel is The Pure Gold Baby.