"Johnson is more droll than Henry James, to whom she's been compared, and she's as witty as a modern-day Voltaire. Vraiment, L'Affaire, c'est irresistible!"-Publishers Weekly

Amy Hawkins, a Palo Alto girl who made herself a dot-com fortune, goes to France to get a sheen of sophistication and, perhaps, to have an affair that will ruffle her all-too-steady heart. She starts her quest in a glamorous resort in the French Alps, amid an assortment of aristocrats and ski enthusiasts. But when two of the hotel's guests are swept away by an avalanche, Adrian's children-young, old, legitimate, illegitimate-assemble to protect their interests, feuding under the competing laws of the British, American, and French systems.

Amy, already suspect because she is American, steps in to assist, and unintentionally sets in motion a series of events that spotlight ancient national differences, customs, and laws. Filled with love, sex, death, and travel, L'Affaire is National Book Award finalist Diane Johnson at her very best.

Other Editions - L'affaire by Diane Johnson 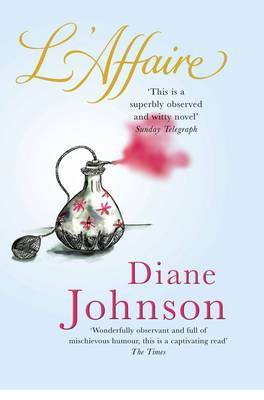 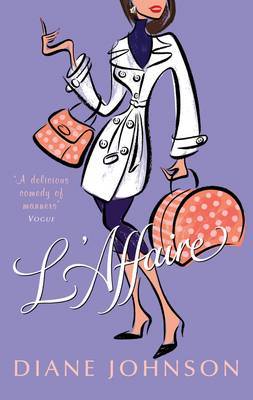 » Have you read this book? We'd like to know what you think about it - write a review about L'affaire book by Diane Johnson and you'll earn 50c in Boomerang Bucks loyalty dollars (you must be a Boomerang Books Account Holder - it's free to sign up and there are great benefits!)

Diane Johnson is the author of the bestselling novel Le Divorce, a National Book Award finalist, as well as many other novels, including Persian Nights, Health and Happiness, Lying Low, The Shadow Knows, and Burning. She was a finalist for the Pulitzer Prize for Persian Nights, and she co-authored the screenplay to The Shining with Stanley Kubrick. She divides her time between San Francisco and Paris.