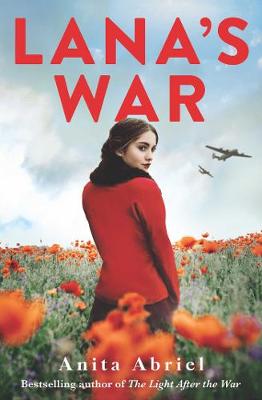 6 days to go! Scheduled for release on 2 Dec 2020.
Pre-order now to be one of the first to receive this book!

From the bestselling author of The Light After the War comes the unforgettable story of a young woman waging her own war against the Nazis as a spy for the Resistance on the French Riviera.

Paris, 1943: Lana Antanova is rushing to tell her husband she is pregnant when she witnesses him being executed by a Gestapo officer for hiding a Jewish girl in a piano. Overcome with grief, Lana loses the baby.

A few months later, a heartbroken Lana is approached to join the Resistance on the French Riviera. As the daughter of a Russian countess, Lana has the perfect background to infiltrate the emigre community of Russian aristocrats who socialise with Nazi officers, including the man who killed her husband.

Lana's cover story makes her the mistress of a wealthy Swiss playboy, the darkly handsome and charismatic Guy Pascal, and her base his villa in Cap Ferrat. Together they make a ruthlessly effective team. Consumed by her mission, Lana doesn't count on becoming attached to a young Jewish girl or falling helplessly in love with Guy.

As the Nazis close in, Lana's desire to protect the ones she loves threatens to put them all at risk.

» Have you read this book? We'd like to know what you think about it - write a review about Lana's War book by Anita Abriel and you'll earn 50c in Boomerang Bucks loyalty dollars (you must be a Boomerang Books Account Holder - it's free to sign up and there are great benefits!)

A Preview for this title is currently not available.
More Books By Anita Abriel
View All