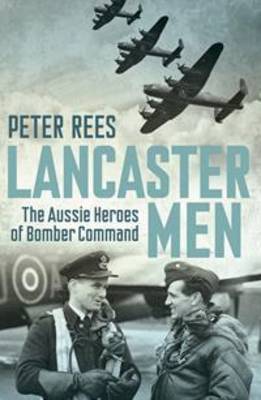 The Aussie Heroes of Bomber Command

'[Rees'] account of the danger and difficulty is gripping.a remarkable book.' - Canberra Times

'Rees has an eye for technical detail and a passion for the people involved. Lancaster Men is a rare blend of ripping yarn and historical reference.' - Herald Sun

More than 10,000 Australians served with Bomber Command, a highly trained band of elite flyers who undertook some of the most dangerous operations of World War II. They flew raid after raid over France and Germany knowing that the odds were against them. Stretched to breaking point, nearly 3500 died in the air. Their bravery in extreme circumstances has barely been recognised.

Peter Rees traces the extraordinary achievements of these young aviators. He tells their hair-raising stories of battle action and life on the ground. And he recounts how, when they returned to Australia, they were greeted as Jap dodgers and accused of 'hiding in England while we were doing it tough'.

Exciting, compelling and full of life, Lancaster Men is a powerful tribute to these forgotten Australian heroes of World War II. 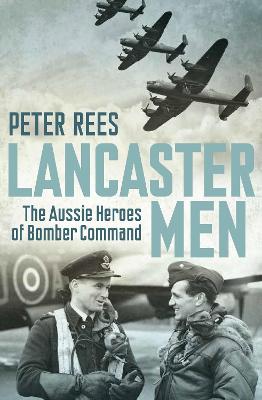 » Have you read this book? We'd like to know what you think about it - write a review about Lancaster Men book by Peter Rees and you'll earn 50c in Boomerang Bucks loyalty dollars (you must be a Boomerang Books Account Holder - it's free to sign up and there are great benefits!)

Peter Rees was a journalist for more than forty years, working as federal political correspondent for the Melbourne Sun, the West Australian and the Sunday Telegraph. He is the author of The Boy from Boree Creek: The Tim Fischer Story, Tim Fischer's Outback Heroes, Killing Juanita: a true story of murder and corruption, Anzac Girls: The Extraordinary story of our World War I Nurses and Desert Boys: Australians at War from Beersheba to Tobruk to El Alamein. He is currently working on a biography of Charles Bean to be published in 2015.

A Preview for this title is currently not available.
More Books By Peter Rees
View All