This volume brings together a set of fundamental contributions, many translated into English for this publication, along with an important introduction. Together these explore the role of Greek among Christian communities in the late antique and Byzantine East (late Roman Oriens), specifically in the areas outside of the immediate sway of Constantinople and imperial Asia Minor. The local identities based around indigenous eastern Christian languages (Syriac, Coptic, Armenian, Georgian, etc.) and post-Chalcedonian doctrinal confessions (Miaphysite, Church of the East, Melkite, Maronite) were solidifying precisely as the Byzantine polity in the East was extinguished by the Arab conquests of the seventh century. In this multilayered cultural environment, Greek was a common social touchstone for all of these Christian communities, not only because of the shared Greek heritage of the early Church, but also because of the continued value of Greek theological, hagiographical, and liturgical writings. However, these interactions were dynamic and living, so that the Greek of the medieval Near East was itself transformed by such engagement with eastern Christian literature, appropriating new ideas and new texts into the Byzantine repertoire in the process.

Other Editions - Languages and Cultures of Eastern Christianity: Greek by Scott Fitzgerald Johnson 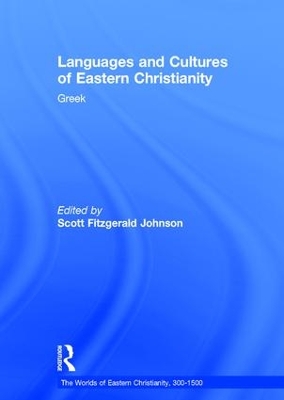 » Have you read this book? We'd like to know what you think about it - write a review about Languages and Cultures of Eastern Christianity: Greek book by Scott Fitzgerald Johnson and you'll earn 50c in Boomerang Bucks loyalty dollars (you must be a Boomerang Books Account Holder - it's free to sign up and there are great benefits!)


A Preview for this title is currently not available.
More Books By Scott Fitzgerald Johnson
View All