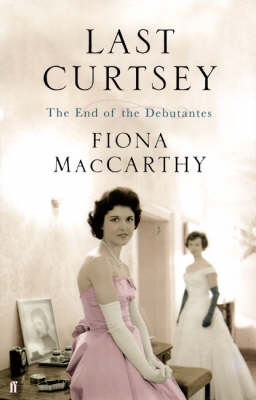 The End of the Debutantes Main

In 1958 - the year in which Krushchev came to power in Russia, the year after Eden's resignation over Suez, two years after John Osborne's Look Back in Anger - the last of the debutantes, myself among them, went to the Palace to curtsey to the Queen.

MacCarthy and her fellow 'debs' or 'gels' were taking part in a remarkable remnant of the rituals of aristocratic power. The system had been in operation almost unchanged since the 18th century. It was a female rite of passage, an elaborate initiation ceremony marking the emergence of the virgin out of the schoolroom and into society at the now marriageable age of seventeen.

With their imitation grown-up laughter and affectation of knowingness, the girls were somewhere between teenagers and clones of the Queen herself. Nigel Dempster, gossip columnist and 'debs' delight, made estimates on the virginity level of the debutantes; MacCarthy remembers party seasons that stretched for months, among the great houses of London and the Home Counties, and riotous dances on country estates in Northumberland and the Scottish Highlands.

Last Curtsey is a remarkable portrait of England in the past half century, filtered through some of its most colourful and eccentric inhabitants. 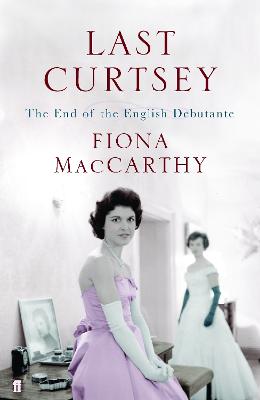 » Have you read this book? We'd like to know what you think about it - write a review about Last Curtsey book by Fiona MacCarthy and you'll earn 50c in Boomerang Bucks loyalty dollars (you must be a Boomerang Books Account Holder - it's free to sign up and there are great benefits!)

With her widely acclaimed book Eric Gill, published in 1989, Fiona MacCarthy established herself as one of the leading writers of biography in Britain. This was followed by William Morris (1994), which won several literary awards including the Wolfson History Prize and was described by A. S. Byatt as 'one of the finest biographies ever published in this country.' Byron: Life and Legend (2002) was described as 'one of the great literary biographies of our time' by Mark Bostridge in the Independent on Sunday. Fiona MacCarthy writes regularly for the Guardian and lives in Derbyshire.