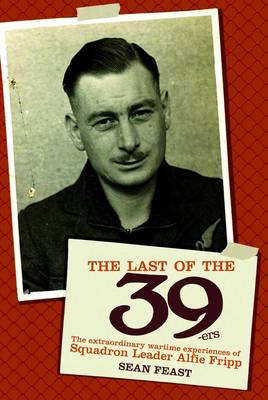 The Last of the 39ers

Description - The Last of the 39ers by Sean Feast

In some ways, Alfie Fripp's war ended when he was shot down on a reconnaissance sortie over Germany in October 1939. In many others, it was only just beginning. Squadron Leader Alfie Fripp (RAF Retd) was the oldest surviving and longest-serving British prisoner of war (PoW) until his death in 2012 - the last of the so-called '39-ers'. Held during World War II in the Nazi PoW camp of Stalag Luft III in Sagan, he was a veteran of the real Great Escape in which he took an active role, and had the sadness of seeing his own skipper - Mike Casey - shot as one of the '50'. But Alfie's story begins well before the outbreak of the Second World War. One of Trenchard's 'Brats', Alfie trained as a wireless operator before spending more than five years in various flying boat squadrons in the Far East. He was again one of the last survivors from the days of the mighty Southampton, Scapa and Singapore flying boats that ruled both the skies and the waves, and helped ensure the safety of the Empire. Told to Sean Feast with striking honesty and simplicity, written with pace and insight, Alfie's story has been brought alive. Accompanied by a superb collection of photographs, this long-overdue account is an excellent chance to discover the story of one of these legendary men.

Buy The Last of the 39ers by Sean Feast from Australia's Online Independent Bookstore, Boomerang Books.

Book Reviews - The Last of the 39ers by Sean Feast

» Have you read this book? We'd like to know what you think about it - write a review about Last of the 39ers book by Sean Feast and you'll earn 50c in Boomerang Bucks loyalty dollars (you must be a Boomerang Books Account Holder - it's free to sign up and there are great benefits!)

Sean Feast is a well respected aviation historian whose past titles for Grub Street have been Heroic Endeavour, Master Bombers (now in paperback), A Pathfinder's War (with Ted Stocker), and Churchill's Navigator (with John Mitchell) and, most recently, The Pathfinder Companion.

A Preview for this title is currently not available.
More Books By Sean Feast
View All