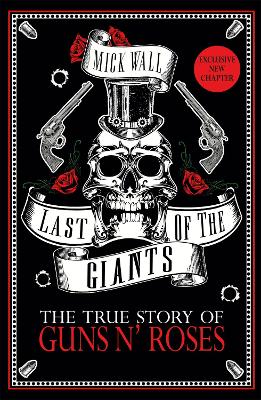 Last of the Giants

Description - Last of the Giants by Mick Wall

'Last Of the Giants is the mad, funny, dark and often painful story of a lost band from a now-distant time' CLASSIC ROCK MAGAZINEINCLUDES BRAND NEW CHAPTER COVERING GUNS N' ROSES EPIC WORLD TOUR'Any story about Guns is worth reading. But when the author is Mick Wall it's absolutely essential' KERRANGMany millions of words have already been written about Guns N' Roses, the old line-up, the new line-up. But none of them have ever really gotten to the truth. Which is this: Guns N' Roses has always been a band out of time, the Last of the Giants. They are what every rock band since the Rolling Stones has tried and nearly always failed to be: dangerous. At a time when smiling, MTV-friendly, safe-sex, just-say-no Bon Jovi was the biggest band in the world, here was a band that seemed to have leapt straight out of the coke-smothered pages of the original, golden-age, late-sixties rock scene. 'Live like a suicide', the band used to say when they all lived together in the Hell House, their notorious LA home. And this is where Mick Wall first met them, and became part of their inner circle, before famously being denounced by name by Axl Rose in the song 'Get in the Ring'. But this book isn't about settling old scores. Written with the clear head that 25 years later brings you, this is a celebration of Guns N' Roses the band, and of Axl Rose the frontman who really is that thing we so desperately want him to be: the last of the truly extraordinary, all-time great, no apologies, no explanations, no giving-a-shit rock stars. The last of his kind.

Other Editions - Last of the Giants by Mick Wall 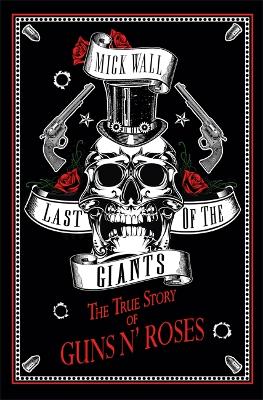 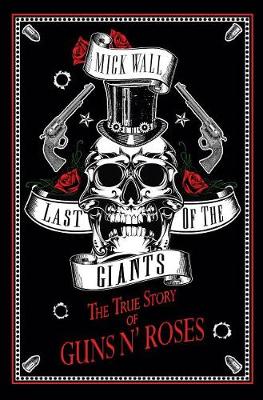 Book Reviews - Last of the Giants by Mick Wall

» Have you read this book? We'd like to know what you think about it - write a review about Last of the Giants book by Mick Wall and you'll earn 50c in Boomerang Bucks loyalty dollars (you must be a Boomerang Books Account Holder - it's free to sign up and there are great benefits!)

Mick Wall is the UK's best-known rock writer, author and TV and radio programme maker, and is the author of numerous critically-acclaimed books, including definitive, bestselling titles on Led Zeppelin (When Giants Walked the Earth), Metallica (Enter Night), AC/DC (Hell Ain't a Bad Place To Be), Black Sabbath (Symptom of the Universe), Lou Reed, The Doors (Love Becomes a Funeral Pyre) and Foo Fighters. He lives in England.http://www.mickwall.com/home.htmhttp://www.mickwall.com/blog/blog.phphttps://twitter.com/WallMick