The Last of the Mohicans

Description - The Last of the Mohicans by James Fenimore Cooper

James Fenimore Cooper's classic American story of life on the frontier during the French and Indian War.

The Last of the Mohicans, one of the world's great adventure stories, dramatizes how the birth of American culture was intertwined with that of Native Americans. In 1757, as the English and the French war over American territory, the frontier scout Hawkeye--Natty Bumppo--risks his life to escort two sisters through hostile Huron country. Hawkeye enlists the aid of his Mohican friends Chingachgook and Uncas, and together they battle deception, brutality, and death in a thrilling story of loyalty, moral courage, and love.

With an Introduction by Richard Hutson
and a New Afterword by Hugh C. MacDougall

Other Editions - The Last of the Mohicans by James Fenimore Cooper 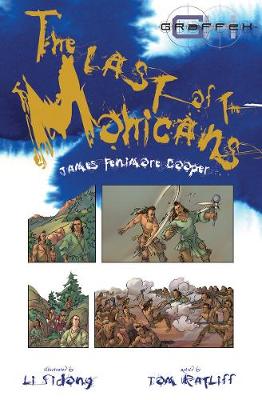 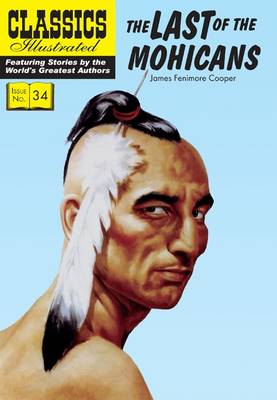 Book Reviews - The Last of the Mohicans by James Fenimore Cooper

» Have you read this book? We'd like to know what you think about it - write a review about Last of the Mohicans book by James Fenimore Cooper and you'll earn 50c in Boomerang Bucks loyalty dollars (you must be a Boomerang Books Account Holder - it's free to sign up and there are great benefits!)

James Fenimore Cooper (1789 1851) was born in Burlington, New Jersey, and his family moved to Cooperstown, New York, while he was still an infant. He attended Yale College until he was expelled for bad behavior. He served in the U.S. Navy, resigning in 1811 to get married. With his story The Pilot (1823), Cooper set the style for a new genre of sea fiction. His most famous novels are the Leather-Stocking Tales including The Pioneers (1823), The Last of the Mohicans (1826), The Prairie (1827), The Pathfinder (1840), and The Deerslayer (1841), featuring the quintessential American hero Natty Bumppo. Cooper, a keen social critic, wrote several well-regarded naval histories. Richard Hutson is an associate professor of English and director of the American Studies Program at the University of California, Berkeley. His teaching and writing have been primarily on American popular culture of the nineteenth and early twentieth centuries, especially on the American West. Hugh C. MacDougall, a graduate of Harvard, Columbia Law School and Columbia School of International Affairs, served in the State Department for twenty-eight years, including postings in tropical Africa, Brazil, and Burma. He is a founder of the James Fenimore Cooper Society, and has presented many papers on Cooper and his writings."

A Preview for this title is currently not available.
More Books By James Fenimore Cooper
View All

A Guide in the Wilderness: Or, the History of the First Settlement in the Western Counties of New York, with Useful Instructions to Future Settlers. in a Series of Letters Addressed by Judge Cooper, of Coopers-Town, to William Sampson, Barrister, of New
$81.44 $90.49