'Highly evocative of time and place, this stunning novel explores a triumvirate of fate, choice and consequence, and is worthy of comparison to Tracy Chevalier's Girl with a Pearl Earring and Donna Tartt's The Goldfinch . . . A masterly, multilayered story that will dazzle readers.' Library Journal

This is what we long for: the profound pleasure of being swept into vivid new worlds, worlds peopled by characters so intriguing and real that we can't shake them, even long after the reading's done. In this extraordinary novel, The Last Painting of Sara de Vos, Australian writer Dominic Smith brilliantly bridges the historical and the contemporary, tracking a collision course between a rare landscape by a female Dutch painter of the Golden Age, an inheritor of the work in 1950s Manhattan, and a celebrated Australian art historian who painted a forgery of it in her youth.

In 1631, Sara de Vos is admitted to the Guild of St. Luke in Holland as a master painter, the first woman to be so honoured. Three hundred years later, only one work attributed to de Vos is known to remain-a haunting winter scene, At the Edge of a Wood, which hangs over the Manhattan bed of a wealthy descendant of the original owner. An Australian grad student, Ellie Shipley, struggling to stay afloat in New York, agrees to paint a forgery of the landscape, a decision that will haunt her. Because now, half a century later, she's curating an exhibition of female Dutch painters, and both versions threaten to arrive.

As the three threads intersect with increasing and exquisite suspense, The Last Painting of Sara de Vos mesmerises while it grapples with the demands of the artistic life, showing how the deceits of the past can forge the present. 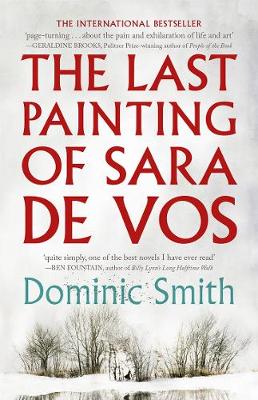 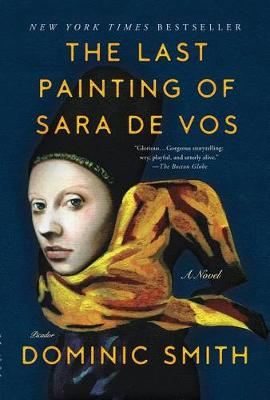 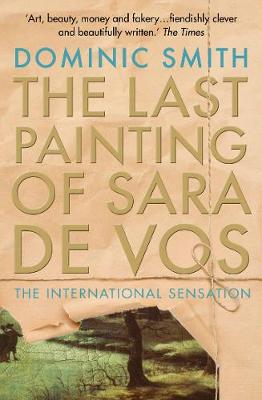 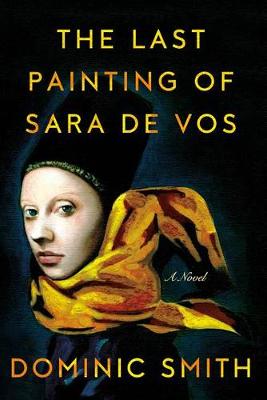 » Have you read this book? We'd like to know what you think about it - write a review about Last Painting of Sara de Vos book by Dominic Smith and you'll earn 50c in Boomerang Bucks loyalty dollars (you must be a Boomerang Books Account Holder - it's free to sign up and there are great benefits!)

‘The cold air burns her cheeks as she skates along, pushing into long glides, her hands behind her back, the sound of her skate blades like the sharpening of a knife on whetstone. She wants to skate for miles, to fall until midnight into thi bracing pleasure. The bare trees glitter with ice along the riverbank, a complement to the winking stars. The night feels unpeeled, as if she’s burrowed into its flesh. Here is the bone and armature, the trees holding up the sky like the ribs of a ship, the ice hardening the river into a mirror too dull to see the sky’s full reflection… there are pockets of time, she thinks, where every sense rings like a bell, where the world brims with fleeting grace”

The Last Painting of Sara de Vos is the fourth novel by prize-winning Australian-born author, Dominic Smith. “At the Edge of a Wood”: a haunting and evocative landscape from the Dutch Golden Age, painted by the first woman to be admitted to the Haarlem Guild of St Luke, Sara de Vos, and believed to be her last known work.

It had been in Marty de Groot’s family for over three hundred years when it was stolen from his Manhattan bedroom. It was replaced with a forgery that was so skilfully executed, it was six months before he even noticed. Police and insurance agents made no headway, but finally a privately-engaged investigator tracked down the artist.

Marty intends to confront the forger, a young Australian woman named Eleanor Shipley, who consults in art restoration and conservation, while completing her dissertation on Dutch women painters of the Golden Age for her art history Ph.D. at Columbia. But his meeting with Ellie does not go quite as he had intended.

Smith uses three separate timelines to follow the progress and fates the painting, and those people in whose lives it plays a significant role: the mid-17th Century introduces Sara de Vos and details the circumstances under which her artwork was created; the late-1950s describes the production of the forgery and the aftermath of its discovery; the year 2000 tells of the effects of the threatened exposure of the fake on a hard-won reputation.

Smith’s plot is original and his inclusion of a wealth of information on 17th Century Dutch art, on the restoration and preservation of artworks and on the making of forgeries gives it a genuine feel. His characters are multi-faceted and interesting, some genuine, some misrepresenting who they are and what they know. How lives are affected by secrets kept, by regret and by guilt over past actions is a major element of this story.

Smith treats the reader to some marvellous descriptive prose: “…it strikes her that she has never painted exactly what she sees. Surely, this is the way of all art. The painter sees the world as if through the watery lens of a pond. Certain things ripple and distort while others are magnified and strangely clear” and “You live among the ruins of the past, carry them in your pockets, wishing you’d been decent and loving and talented and brave. Instead you were vain and selfish, capable of love but always giving less than everything you had” are examples.

Also: “The truer statement was that she’d used the de Vos canvas as a testing ground for her own thwarted talents, that she was reckless and lonely and angry with the world, that she craved a kind of communion, to find a layer beneath the glazes and scumbles and lead white where Sara herself still trudged through the fog of antique varnish, wracked by grief but somehow dispensing painterly wisdom.”

Smith easily conveys the 17th Century, including many interesting details about everyday life and the world of the Golden Age artist in the Netherlands; his portrayal Sydney during the Millennium is equally effective; his rendering of the late-1950s is less convincing. His blend of fiction with historical fact makes for a very readable tale. With thanks to Allen&Unwin for this copy to read and review 4.5 stars

Dominic Smith is the author of three previously published novels from Atria. His awards include a Dobie Paisano Fellowship, the Sherwood Anderson Fiction Prize, the Gulf Coast Fiction Prize, and a new works grant from the Literature Board of the Australia Council for the Arts. His debut novel, The Mercury Visions of Louis Daguerre, was a Barnes & Noble Discover New Writers Book, and received the Turner Prize for First Fiction from the Texas Institute of Letters. His second novel, The Beautiful Miscellaneous, was a Booklist Editors' Choice and optioned for film by Southpaw Entertainment. His most recent novel, Bright and Distant Shores, was named by Kirkus as one of the 'Best Books of 2011' and chosen by the ALA for its annual reading list. In Australia, he was shortlisted for the Age Book of the Year and the Victorian Premier's Prize for Fiction. His fiction has appeared in numerous journals and magazines, including The Atlantic Monthly.