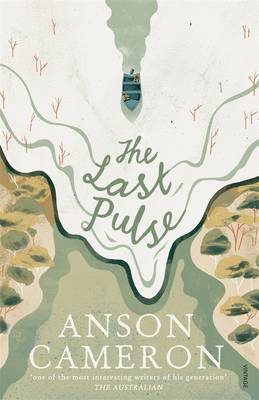 A blackly funny novel about an unlikely hero, and his misadventures on the flood he has created.

A blackly funny novel about an unlikely hero, and his misadventures on the flood he has created.

In the drought-stricken Riverland town of Bartel in South Australia, after the suicide of his wife, Merv Rossiter steals a boat. He trucks north with his eight-year-old-daughter Em into Queensland. There he blows up the dam at Waroo Station, releasing a flood through outback New South Wales into South Australia.

As the authorities search for them, Merv and Em ride the flood south in their stolen boat, rescuing a Queensland Minister from the water, and then a young blackfella who fancies he sang the river to life all by himself.

Meanwhile, in Canberra, the political flotsam carried by Merv's renegade ocean brings the Federal Government to its knees.

The Last Pulse is the story of the last flood that will ever flow down the inland artery that was the Darling River. The stream is broken now and the agriculture and lives of South Australians have been appropriated with the water by a people a thousand kilometres to the north.

Throughout their misadventures on his flood, Merv promises his daughter they will be heroes in South Australia, and that they are sailing towards victory parades and happiness. The other crewmembers, however, know he is heading towards a violent reckoning with Australia itself.

» Have you read this book? We'd like to know what you think about it - write a review about Last Pulse book by Davey Hughes and you'll earn 50c in Boomerang Bucks loyalty dollars (you must be a Boomerang Books Account Holder - it's free to sign up and there are great benefits!)

Anson Cameron has written five critically acclaimed novels- Silences Long Gone, Tin Toys, Confessin the Blues, Lies I Told About a Girl, and Stealing Picasso, as well as two collections of short stories, Nice Shootin Cowboy and Pepsi Bears and Other Stories. His most recent novel is The Last Pulse (2014). He was born in Shepparton in 1961 and lives in Melbourne where he writes a column for the Age newspaper.