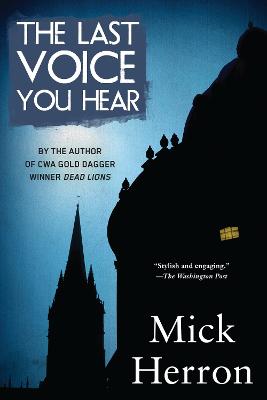 The Last Voice You Hear

Description - The Last Voice You Hear by Mick Herron

Oxford private investigator Zoe Boehm struggles with the aftereffects of her violent past as she hunts for a killer-or has she become the hunted?

Oxford private investigator Zoe Boehm has harbored a distinct aversion to death ever since she shot the man intent on killing her. So when middle-aged Caroline Daniels takes a deadly fall in front of a train and her lover fails to turn up at the funeral, Zoe wants nothing to do with the case. But Caroline's boss is persistent, and as Zoe attempts to unlock the secrets of a woman she's never met while in search of a man who could be anywhere, she starts to wonder if he's found her first. And if he has, will that make her the next victim, or prove to be her salvation from a paralyzing fear?

Other Editions - The Last Voice You Hear by Mick Herron 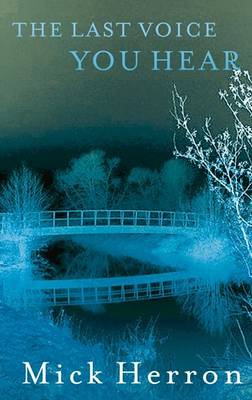 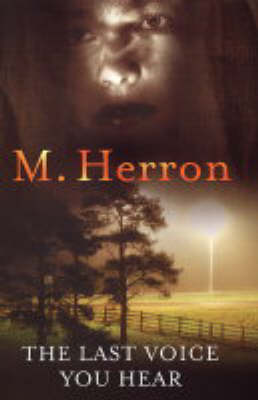 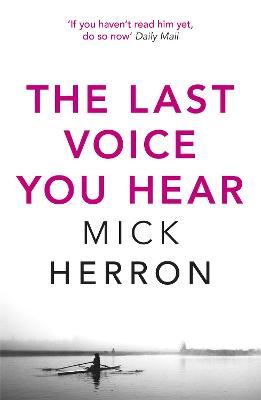 Book Reviews - The Last Voice You Hear by Mick Herron

» Have you read this book? We'd like to know what you think about it - write a review about Last Voice You Hear book by Mick Herron and you'll earn 50c in Boomerang Bucks loyalty dollars (you must be a Boomerang Books Account Holder - it's free to sign up and there are great benefits!)

5 stars The Last Voice You Hear is the second book in the Oxford Investigations series by British author, Mick Herron. When Amory Grayling’s PA dies under a train at Paddington Station on the way to work, he engages Oxford Investigations. He wants Zoë Boehm to locate Caroline Daniels’s recently acquired boyfriend, Alan Talmadge, out of concern for his psychological well-being after this tragic loss. But Talmadge hasn’t left a trace, and Zoë’s enquiries set her foul-play radar twitching.

But Zoë’s mind isn’t entirely on her task. There are a few distractions: a lump in her breast; and the recent death of a boy she rudely dismissed three years earlier; not to mention the mental upheaval caused by her (justified) killing of an assailant, which seems to have left her devoid of feelings. Her investigative skills remain undiminished, however, and it seems her questions have upset some people. In this excellent sequel, Zoë gives away her TV, changes a lightbulb, is chatted up by a considerably younger man, hotwires a car, and loses her favourite black leather jacket. Ostriches play a significant role, there is vigilante action and a witness is murdered. A range of ordinary items is wielded to ward off assault and effect escape: a coin, a penknife, a car, and cookware, disregarding the multiple firearms used.

Not in her wildest imagination had Zoë ever seen herself pushing someone from a train, breaking into and stealing from a charity shop or robbing a homeless man at (pen)knifepoint. Nor would she have drawn Sarah Tucker and her man into the action if she’d had a choice.

This is a series best read in order as there are spoilers for the first book in this one. As always, Herron gives the reader red herrings, some guesswork that turns out to be close to the mark and not a few deaths. This second book has more of Herron’s literary traits in evidence, and fans will doubtless eagerly anticipate the third in the series, Why We Die.

Mick Herron was born in Newcastle and has a degree in English from Balliol College, Oxford. He is the author of two books in the Slough House series, Slow Horses and Dead Lions, as well as the stand-alone thriller Nobody Walks. He now lives in Oxford and works in London.