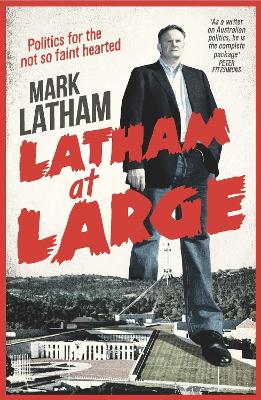 As a writer on Australian politics, he is the complete package.' Peter FitzSimons

Mark Latham is, by his own admission, the most outspoken, rebellious, thoroughly uncontrollable former leader in Labor Party history.
In these brilliantly written opinion pieces Latham pulls no punches as he scrutinises the Australian political landscape, looking at everything from climate change to Clive Palmer, to what went wrong with Rudd-Gillard and what's now wrong with Abbott. Beyond politics, Latham dabbles in his other great interests, such as critiquing the modern media and explaining his fascination with horse racing. His hilarious 'Henderson Watch' columns and other satirical writing also feature in Latham at Large.
Mark Latham has a formidable intellect and a forensic ability to get to the bottom of things. This is an entertaining, thought-provoking, sometimes scathing, often humorous collection from a man who is not afraid to speak his mind. There is no one else like him in Australian public life.

Other Editions - Latham at Large by Mark Latham 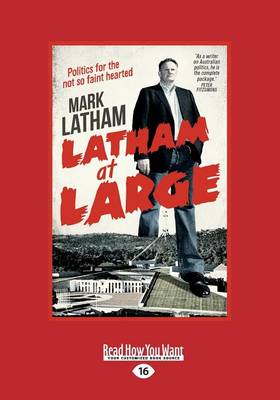 » Have you read this book? We'd like to know what you think about it - write a review about Latham at Large book by Mark Latham and you'll earn 50c in Boomerang Bucks loyalty dollars (you must be a Boomerang Books Account Holder - it's free to sign up and there are great benefits!)

Mark Latham was the Federal Member for Werriwa from 1994 to 2005, becoming Leader of the Labor Party in 2003. Since leaving politics, he has been a columnist for the Australian Financial Review and worked on radio and television as a political commentator. He is the author of nine other books, including The Latham Diaries (2005), A Conga Line of Suckholes (2006) and The Political Bubble (2014).

A Preview for this title is currently not available.
More Books By Mark Latham
View All