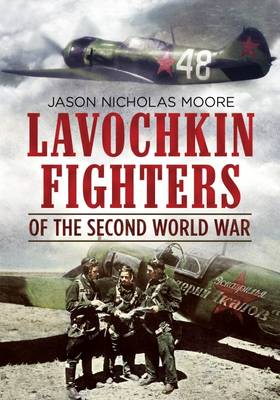 The Lavochkin fighters remain little known in the West, although with the Yakovlev fighter series they were the backbone of the Red Air Force fighter force during the Second World War. The author rectifies that with this comprehensive history of these fighters. With this book he describes in great detail the three main variants of the Lavochkin fighter series during the Second World War: the only partially successful LaGG-3 inline-engined fighter, the successful radial-engined La-5 fighter, and the superb radial engined La-7 fighter, one of the best piston-engined fighter aircraft of the entire Second World War. Both the design and history of these fighters are featured, including how the mediocre inline engined LaGG-3 was turned into a top notch fighter by the replacement of the Klimov inline engine by the Shvetsov M-82 radial engine. Besides describing the wartime designs he includes a section on the postwar successors to the Second World War fighters, the completely new all metal La-9 and La-11, which saw extensive postwar service. Accurate color profiles illustrate all variants.

» Have you read this book? We'd like to know what you think about it - write a review about Lavochkin Fighters of the Second World War book by Jason Moore and you'll earn 50c in Boomerang Bucks loyalty dollars (you must be a Boomerang Books Account Holder - it's free to sign up and there are great benefits!)

Jason Nicholas Moore is an avid air historian and modeller, with a particular interest in Soviet aeroplanes, and he has spent the last 40 years doing both historical research and constructing model aeroplanes. He has written a comprehensive history on the Il-2 Shturmovik, [Fonthill 2015]. In addition he has written a comprehensive modelling guide to the Il-2 Shturmovik which has not yet been published. He has spent much of the last 30 years researching Soviet aircraft in general, and has read extensively on the war on the Eastern Front.

A Preview for this title is currently not available.
More Books By Jason Moore
View All