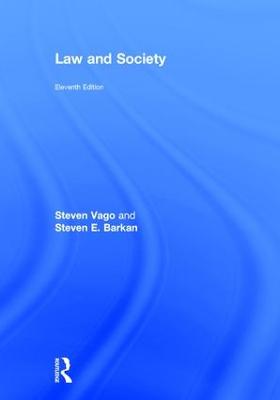 In the 11th edition of Law and Society, Steven E. Barkan preserves Dr. Vago's voice while making this classic text more accessible for today's students. Each chapter now includes an outline, learning objectives, key terms, and chapter summaries. A new epilogue chapter examines law and inequality in the United States as it moves into the third decade of this century. The 11th edition reflects new developments in law and society literature as well as recent real-life events with legal relevance for the United States and other nations. Law and Society is for one-semester undergraduate courses in Law and Society, Sociology of Law, Introduction to Law, and a variety of criminal justice courses offered in departments of Sociology, Criminal Justice, and Political Science.

Other Editions - Law and Society by Steven Vago 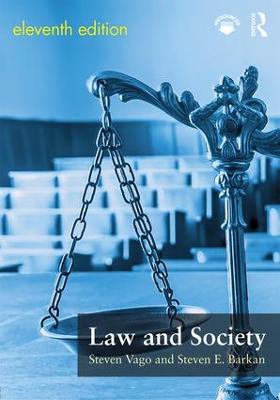 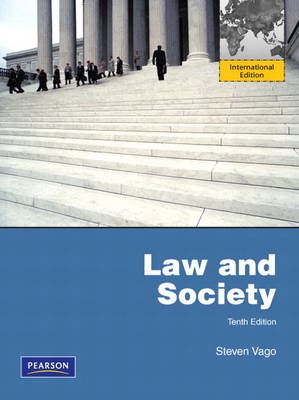 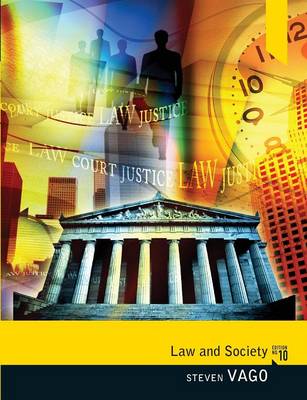 » Have you read this book? We'd like to know what you think about it - write a review about Law and Society book by Steven Vago and you'll earn 50c in Boomerang Bucks loyalty dollars (you must be a Boomerang Books Account Holder - it's free to sign up and there are great benefits!)

Steven Vago earned two Ph.D.s: one in Sociology and one in Anthropology at Washington University in St. Louis. During graduate school, he was an integral part of the creation of an alcohol treatment program at Malcolm Bliss Hospital in St. Louis. Steven became part of the Department of Sociology at St. Louis University after finishing his graduate studies and was a full professor there by the age of 37. Thereafter, he chaired the Department of Sociology several times, teaching at St. Louis University for over 30 years. During the 1970s, Steven was asked by the United Nations to work for its member agency UNESCO and worked in Paris for several years in their Office of Population and Demography. At the end of his teaching career in 2001, Steven retired to Bellingham, Washington, with his wife. Vago passed away in 2010, at the age of 73. Steven E. Barkan is Professor of Sociology at the University of Maine, where he has taught since 1979. His teaching and research interests include criminology, sociology of law, and social movements. He is a past president of the Society for the Study of Social Problems (SSSP) and has served as chair of its Law and Society Division and as a Council member of the Sociology of Law Section of the American Sociological Association. His articles have appeared in the American Sociological Review, Journal for the Scientific Study of Religion, Journal of Crime and Justice, Journal of Research in Crime and Delinquency, Justice Quarterly, and other journals. He is the author of Criminology: A Sociological Understanding, 7/e (Pearson 2018) and several forthcoming texts, including Race, Crime, and Criminal Justice in America with Oxford University Press. may email him at barkan@maine.edu or send regular mail to: Department of Sociology, 5728 Fernald Hall, University of Maine, Orono, ME 04469-5728.

A Preview for this title is currently not available.
More Books By Steven Vago
View All