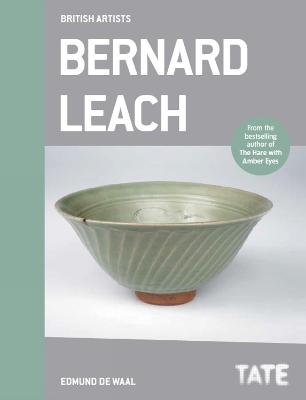 This book was written by the author of the award-winning author of 'Hare with the Amber Eyes' Edmund de Waal and includes full colour illustrations of all Leach's best-known work. This book features a new foreword putting the book in context since its first publication and has been reissued in the brand new hardback British Artists format. Bernard Leach was a pre-eminent artist-potter of the twentieth century. In the early part of his career he spent twelve formative years in Japan, during a period of febrile excitement in the arts. In 1920 he returned to England to set up a studio in St Ives. Leach's influence on the growth of the studio pottery movement, both in Japan and in the West, has been profound. His making of ceramics and his teaching of some of the foremost aritst-potters of the period gives him a central place in the international history of the decorative arts.

» Have you read this book? We'd like to know what you think about it - write a review about Leach, Bernard (St Ives Artists) book by Edmund de Waal and you'll earn 50c in Boomerang Bucks loyalty dollars (you must be a Boomerang Books Account Holder - it's free to sign up and there are great benefits!)

Edmund de Waal is a world-famous author and ceramicist. He wrote the 'The Hare with Amber Eyes' which won the Costa Book Award for Biography and the Galaxy National Book Award (New Writer of the Year Award), and was also selected as an Economist Book of the Year.

A Preview for this title is currently not available.
More Books By Edmund de Waal
View All