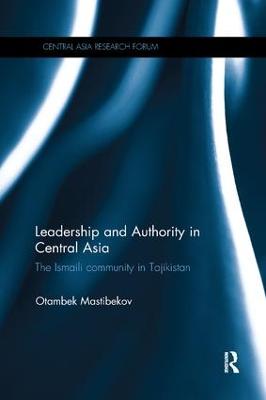 Leadership and Authority in Central Asia

The Ismaili Community in Tajikistan

Description - Leadership and Authority in Central Asia by Otambek Mastibekov

This book explores the unfolding of world history in a remote corner of Central Asia: the region of Badakhshan. The history of this region has commonly been explored through the lens of the major superpowers who competed over its territory in the nineteenth and twentieth centuries, including Britain, Russia, and China. Here, we are offered a comprehensive overview of the history of the Ismaili community in Tajikistan.

Leadership and Authority in Central Asia identifies traditional forms of religious authority within the network of religious functionaries at a range of levels and discusses the functions of Ismaili political leaders as they have evolved through time. Skilfully applying an interdisciplinary approach - drawing on historical sources, including unpublished materials, and ethnographic fieldwork data collected through interviews - and a perceptive analysis of political theories of leadership in communist and post-communist societies, this book challenges the ways religious and secular categories have been distinguished in recent scholarship

Developing a structural explanation for the survival and evolution of religious and political authorities of Badakhshani Ismailis in times of radical social and political upheaval, this book will be of interest to scholars of Muslim societies, Political Science and Central Asian Studies.

Other Editions - Leadership and Authority in Central Asia by Otambek Mastibekov 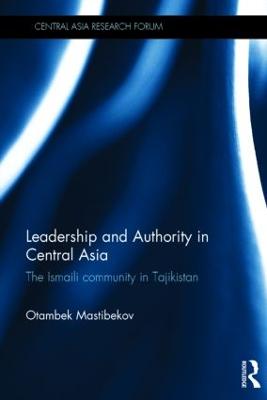 » Have you read this book? We'd like to know what you think about it - write a review about Leadership and Authority in Central Asia book by Otambek Mastibekov and you'll earn 50c in Boomerang Bucks loyalty dollars (you must be a Boomerang Books Account Holder - it's free to sign up and there are great benefits!)

Otambek N. Mastibekov received his PhD from SOAS, University of London. Currently affiliates with the Institute for the Study of Muslim Civilisations, London. His research interest and other publications are on Religion and Politics in Central Asia, Ethics, Morality and Islamic philosophy.

A Preview for this title is currently not available.
More Books By Otambek Mastibekov
View All