Women, Work, and the Will to Lead

Description - Lean In by Sheryl Sandberg

Sheryl Sandberg's Lean In is a massive cultural phenomenon and its title has become an instant catchphrase for empowering women. The book soared to the top of bestseller lists internationally, igniting global conversations about women and ambition. Sandberg packed theatres, dominated opinion pages, appeared on every major television show and on the cover of Time magazine, and sparked ferocious debate about women and leadership.

Ask most women whether they have the right to equality at work and the answer will be a resounding yes, but ask the same women whether they'd feel confident asking for a raise, a promotion, or equal pay, and some reticence creeps in.

The statistics, although an improvement on previous decades, are certainly not in women's favour - of 197 heads of state, only twenty-two are women. Women hold just 20 percent of seats in parliaments globally, and in the world of big business, a meagre eighteen of the Fortune 500 CEOs are women.

In Lean In, Sheryl Sandberg - Facebook COO and one of Fortune magazine's Most Powerful Women in Business - draws on her own experience of working in some of the world's most successful businesses and looks at what women can do to help themselves, and make the small changes in their life that can effect change on a more universal scale.

Other Editions - Lean In by Sheryl Sandberg 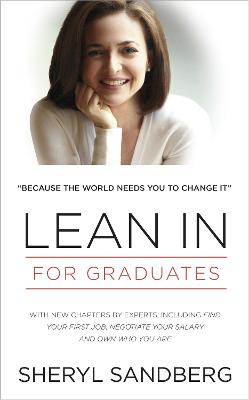 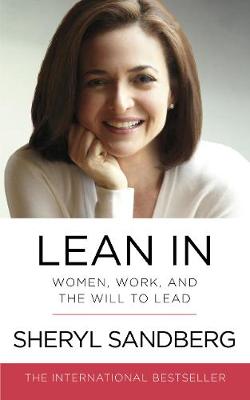 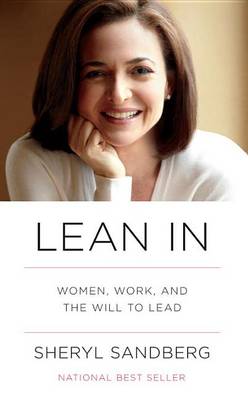 » Have you read this book? We'd like to know what you think about it - write a review about Lean In book by Sheryl Sandberg and you'll earn 50c in Boomerang Bucks loyalty dollars (you must be a Boomerang Books Account Holder - it's free to sign up and there are great benefits!)

Sheryl Sandberg is Chief Operating Officer at Facebook. Prior to Facebook, Sandberg was Vice President of Global Online Sales and Operations at Google. She previously served as Chief of Staff for the United States Treasury Department under President Bill Clinton.