Companion to the Secret Teachings of All Ages

In "Lectures on Ancient Philosophy", Manly P. Hall expands on the philosophical, metaphysical and cosmological themes introduced in his classic work, "The Secret Teachings of All Ages". Hall wrote this volume as a reader's companion to his earlier work, intending it for those wishing to delve more deeply into the esoteric philosophies and ideas that underpin "The Secret Teachings". Particular attention is paid to Neoplatonism, Ancient Christianity, Rosicrucian and Freemasonic traditions, ancient mysteries, pagan rites and symbols and Pythagorean mathematics. First published in 1929 - the year after the publication of Hall's magnum opus - this edition includes the author's original subject index, twenty diagrams prepared under his supervision for the volume and his 1984 preface, which puts the book in context for the contemporary reader

Other Editions - Lectures on Ancient Philosophy by Manly P. Hall 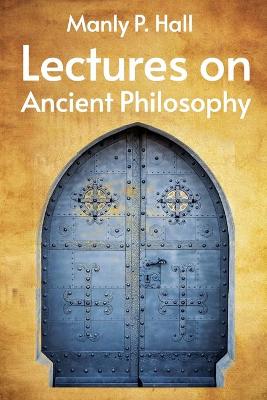 » Have you read this book? We'd like to know what you think about it - write a review about Lectures on Ancient Philosophy book by Manly P. Hall and you'll earn 50c in Boomerang Bucks loyalty dollars (you must be a Boomerang Books Account Holder - it's free to sign up and there are great benefits!)

Manly P. Hall (1901 - 1990), widely regarded as a sage and teacher steeped in the wisdom of antiquity, was one of the leading esoteric scholars of the twentieth century.

A Preview for this title is currently not available.
More Books By Manly P. Hall
View All

The Occult Anatomy of Man: To Which Is Added a Treatise on Occult Masonry Paperback
$20.98 $23.31

The Ways of the Lonely Ones: A Collection of Mystical Allegories Paperback
$25.20 $28.00