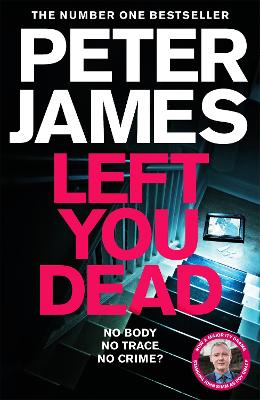 Detective Superintendent Roy Grace investigates the case of a missing woman in Brighton in the seventeenth novel in Peter James's bestselling series.

Is this Roy Grace's most challenging case yet? A mystery that is leaving him totally confounded for the first time in his career.

Most Sundays, Niall and Eden Paternoster like to go for a drive and visit country houses. She likes to look at them, he likes to dream that one day . . .

However, most weeks they also end up bickering about something or other. This particular Sunday he wants to get back to catch the start of the French Grand Prix but she insists they stop somewhere to buy cat litter. Reluctantly, he pulls into the car park of a large supermarket and waits while she dashes in.

He waits. And waits. But Eden doesn't come back out, she's gone. When he gets home she's not there either, and none of their friends or family have heard from her.

A few days later Niall is arrested on suspicion of her murder despite vigorously protesting his innocence. But as Roy Grace is called in to investigate the disappearance of Eden Paternoster, it soon transpires that nothing is as it seems . . .

Other Editions - Left You Dead by Peter James 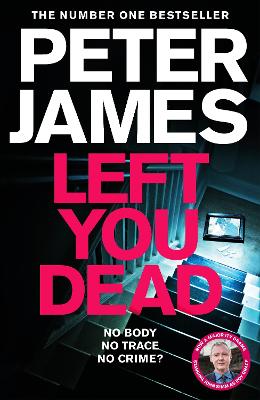 » Have you read this book? We'd like to know what you think about it - write a review about Left You Dead book by Peter James and you'll earn 50c in Boomerang Bucks loyalty dollars (you must be a Boomerang Books Account Holder - it's free to sign up and there are great benefits!)