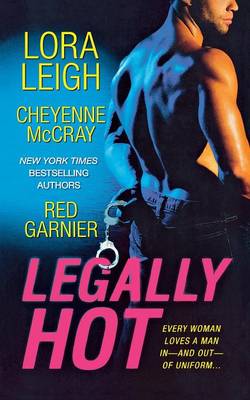 Sheila's Passion" As a former Marine, Nick Casey still wakes up in a sweat over the things he's seen in the field. However, when it comes to his best friend and the only woman he has ever wanted Sheila Monterey, he may have met his biggest challenge yet. Sheila has sworn off love after having her heart broken one time too many and Turk can't convince her to give it another try. But when he tempts her into becoming temporary friends with benefits, Nick fully intends to make her his forever... Cheyenne McCray "Deadly Dance" Detective Adam Boyd is still putting his life back together after a break-up when he gets word that the man who killed his old partner has been released from prison. Keri Holliday's career as a professional ballerina was ended abruptly six years ago after she was brutally attacked. Now her attacker, the same man who killed Adam's partner, is back on the streets, and looking for revenge against the woman whose testimony assured he was locked away. Adam will do whatever it takes to keep her safe...and never let her go. Red Garnier "Caught" After his parents were murdered, young Cody was put in foster care...and Megan has thought about him ever since. Now that Cody is back he has three things to tell Megan: He's a police officer, he's found his parents' killer, and he wants to be her man until death do they part. » Have you read this book? We'd like to know what you think about it - write a review about Legally Hot book by Lora Leigh and you'll earn 50c in Boomerang Bucks loyalty dollars (you must be a Boomerang Books Account Holder - it's free to sign up and there are great benefits!)


A Preview for this title is currently not available.
More Books By Lora Leigh
View All