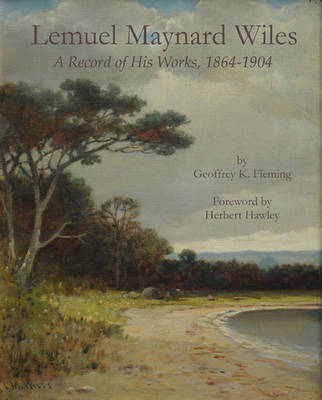 This volume features a detailed account of the work of this New York painter and teacher. Trained in the traditions of the Hudson River School by two of the movement's leading lights, William M. Hart and Jasper Francis Cropsey, Wiles established a successful career of his own as a painter of landscapes in New York, including Long Island, as well as portraits. He was widely collected and exhibited during his lifetime. He also served as director of the art school at Ingham University in upstate New York, and later founded the Silver Lake Art School. The centrepiece of the book is the artist's ledger, which he kept meticulously from the very beginning of his career as a painter that details the subjects, sizes, prices, and buyers of his paintings. Also included are a biography of the artist and several colour illustrations of his work. SELLING POINTS: -The father of the noted portraitist Irving Ramsay Wiles, Lemuel Maynard Wiles was a distinguished nineteenth-century landscape painter -He exhibited widely during his lifetime at the National Academy of Design, the Brooklyn Art Association, the Boston Art Club, and the Art Institute of Chicago -His paintings can be seen at the Los Angeles County Museum of Art, the Stowell-Wiles Art Gallery, New York, and the Southold Historical Society, New York 12 colour & 18 b/w illustrations

» Have you read this book? We'd like to know what you think about it - write a review about Lemuel Maynard Wiles book by Geoffrey K. Fleming and you'll earn 50c in Boomerang Bucks loyalty dollars (you must be a Boomerang Books Account Holder - it's free to sign up and there are great benefits!)


A Preview for this title is currently not available.
More Books By Geoffrey K. Fleming
View All