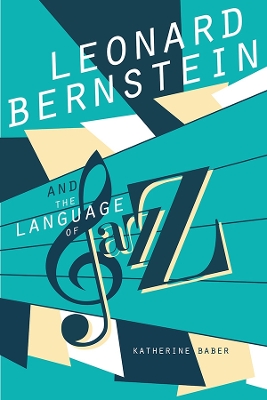 Leonard Bernstein and the Language of Jazz

Description - Leonard Bernstein and the Language of Jazz by Katherine Baber

Leonard Bernstein's gifts for drama and connecting with popular audiences made him a central figure in twentieth century American music. Though a Bernstein work might reference anything from modernism to cartoon ditties, jazz permeated every part of his musical identity as a performer, educator, and intellectual. Katherine Baber investigates how jazz in its many styles served Bernstein as a flexible, indeed protean, musical idea. As she shows, Bernstein used jazz to signify American identity with all its tensions and contradictions and to articulate community and conflict, irony and parody, and timely issues of race and gender. Baber provides a thoughtful look at how Bernstein's use of jazz grew out of his belief in the primacy of tonality, music's value as a unique form of human communication, and the formation of national identity in music. She also offers in-depth analyses of On the Town, West Side Story, 1600 Pennsylvania Avenue, and other works to explore fascinating links between Bernstein's art and issues like eclecticism, music's relationship to social engagement, black-Jewish relations, and his own musical identity. » Have you read this book? We'd like to know what you think about it - write a review about Leonard Bernstein and the Language of Jazz book by Katherine Baber and you'll earn 50c in Boomerang Bucks loyalty dollars (you must be a Boomerang Books Account Holder - it's free to sign up and there are great benefits!)


A Preview for this title is currently not available.
More Books By Katherine Baber
View All