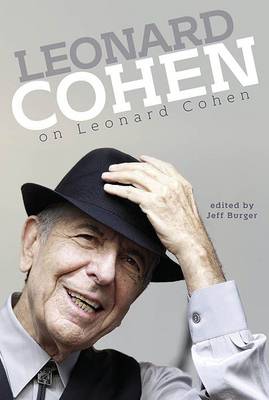 Leonard Cohen, one of the most admired performers of the last half century, has had a stranger-than-fiction, roller-coaster ride of a life. Now, for the first time, he tells his story in his own words, via more than 50 interviews conducted world-wide between 1966 and 2012. In this book -- which includes a foreword by singer Suzanne Vega and eight pages of rarely seen photos -- the artist talks about "Bird on the Wire", "Hallelujah", and his other classic songs. He candidly discusses his famous romances, his years in a Zen monastery, his ill-fated collaboration with producer Phil Spector, his long battle with depression, and much more. You will find interviews that first appeared in the New York Times and Rolling Stone, but also conversations that have not previously been printed in English. Some of the material here has not been available until now in any format, including the many illuminating reminiscences that contributors supplied specifically for this definitive anthology. 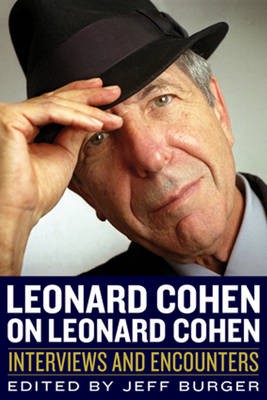 » Have you read this book? We'd like to know what you think about it - write a review about Leonard Cohen on Leonard Cohen book by Jeff Burger and you'll earn 50c in Boomerang Bucks loyalty dollars (you must be a Boomerang Books Account Holder - it's free to sign up and there are great benefits!)

Jeff Burger has covered popular music for American and international magazines and newspapers for four decades. He has also published interviews with such musicians as Bruce Springsteen, Tom Waits, Billy Joel, the Righteous Brothers, and the members of Steely Dan. He has contributed to more than 75 periodicals, books, and websites, including the Los Angeles Times, Reader's Digest and Family Circle and Gentlemen's Quarterly. A former consulting editor at Time Inc., he has been editor of several magazines, He lives in Ridgewood, New Jersey.