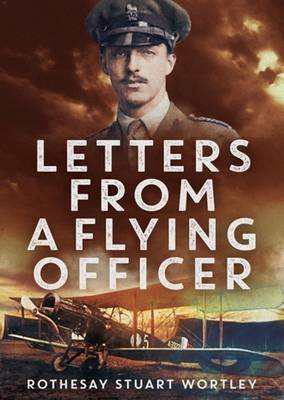 Letters from a Flying Officer

Description - Letters from a Flying Officer by Rothesay Stuart Wortley

This classic text was originally intended, when it first appeared in 1928, as propaganda for air-minded youth, these letters and diaries in fact tell the story of the Royal Flying Corps and Royal Air Force from August 1914 to the Armistice four years later.The book is beautifully written-equal to the classic narratives of the first war in the air-the descriptions of aerial dog fights, dawn patrols and mess parties interspersed with Merrivales overview giving the reader one of the finest accounts of what it meant to be a Flying Officer in the early days of air warfare.Major Rothesay Nicholas Montagu Stuart Wortley MC (1892-1926) was a First World War flying ace credited with six aerial victories. When war was declared, he served initially on an infantry brigade staff under his father, who was a brigadier general. From there, he was seconded to the Royal Flying Corps in early 1917. He was assigned to 22 Squadron as a flight commander and Bristol F.2 Fighter pilot. Between 6 September 1917 and 28 January 1918, he set an Albatros D.V aflame, destroyed two others, drove down two other enemy airplanes, and captured an Albatros D.III. He was then rotated back to England to 44 Home Defence Squadron. In September 1918, he was appointed to command 88 Squadron, back on the Western Front.

» Have you read this book? We'd like to know what you think about it - write a review about Letters from a Flying Officer book by Rothesay Stuart Wortley and you'll earn 50c in Boomerang Bucks loyalty dollars (you must be a Boomerang Books Account Holder - it's free to sign up and there are great benefits!)