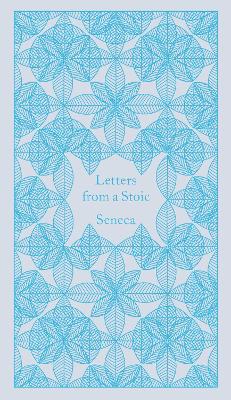 Seeing self-possession as the key to an existence lived 'in accordance with nature', the Stoic philosophy called for the restraint of animal instincts and the importance of upright ethical ideals and virtuous living.

Selected from the Epistulae Morales ad Lucilium, Seneca's Letters from a Stoic are a set of 'essays in disguise' from one of the most insightful philosophers of the Silver Age of Roman literature. This Penguin Classics edition is translated from the Latin with an introduction by Robin Campbell.A philosophy that saw self-possession as the key to an existence lived 'in accordance with nature', Stoicism called for the restraint of animal instincts and the severing of emotional ties. These beliefs were formulated by the Athenian followers of Zeno in the fourth century BC, but it was in Seneca that the Stoics found their most eloquent advocate. Stoicism, as expressed in the Letters, helped ease pagan Rome's transition to Christianity, for it upholds upright ethical ideals and extols virtuous living, as well as expressing disgust for the harsh treatment of slaves and the inhumane slaughters witnessed in the Roman arenas. Seneca's major contribution to a seemingly unsympathetic creed was to transform it into a powerfully moving and inspiring declaration of the dignity of the individual mind.Robin Campbell's lucid translation captures Seneca's humour and tautly aphoristic style. In his introduction, he discusses the tensions between Seneca's philosophy and his turbulent career as adviser to the tyrannical emperor Nero.Lucius Annaeus Seneca (c.4BC - AD65) was born in Spain but was raised according to the traditional values of the republic of Rome. In AD48 he became tutor to the future emperor Nero and became his principal civil advisor when he took power. His death was eventually ordered by Nero in AD65, but Seneca anticipated the emperor's decree and committed suicide.If you enjoyed Letters from a Stoic, you might like Marcus Aurelius's Meditations, also available in Penguin Classics.

Other Editions - Letters from a Stoic: Epistulae Morales Ad Lucilium by Seneca » Have you read this book? We'd like to know what you think about it - write a review about Letters from a Stoic: Epistulae Morales Ad Lucilium book by Seneca and you'll earn 50c in Boomerang Bucks loyalty dollars (you must be a Boomerang Books Account Holder - it's free to sign up and there are great benefits!)


A Preview for this title is currently not available.
More Books By Seneca
View All