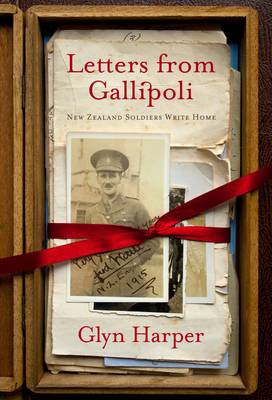 The Gallipoli campaign looms large in New Zealand's cultural memory. For the first time in this book, historian Glyn Harper tells the story of the campaign in the words of the New Zealand soldiers who were there.Having worked through archives in New Zealand and overseas, combed newspapers, and conducted a national call-out to descendents of Gallipoli soldiers, Harper has assembled over 500 letters home, of which 150 will be included in this book, most of them never previously published. After a thorough introduction to New Zealand's involvement in the Gallipoli campaign, the book looks closely at key events - from preparation and landing to the attack on the Daisy Patch, the burial truce, and the seizure of Chunuk Bair - through annotated and illustrated letters. With detailed discussion of the letter writers and what they were experiencing, enhanced by newly commissioned maps and photographs, Glyn Harper's Letters from Gallipoli promises to be a powerful, authoritative, first-person account of this pivotal event in New Zealand's history.

» Have you read this book? We'd like to know what you think about it - write a review about Letters From Gallipoli book by Glyn Harper and you'll earn 50c in Boomerang Bucks loyalty dollars (you must be a Boomerang Books Account Holder - it's free to sign up and there are great benefits!)

Glyn Harper is Professor at Massey University, Palmerston North, and Director of Massey's Centre for Defence and Security Studies. A former teacher, he joined the Australian Army in 1988 and transferred to the NZ Army in 1996, from which he retired as a Lieutenant Colonel. He was the New Zealand army's official historian of the deployment to East Timor and is the author of numerous books, many of which have been bestsellers, including: Kippenberger: An Inspired NZ Commander; Massacre at Passchendaele; Spring Offensive: NZ and the Second Battle of the Somme; In the Face of the Enemy; The Complete History of NZ and the Victoria Cross; and Dark Journey.