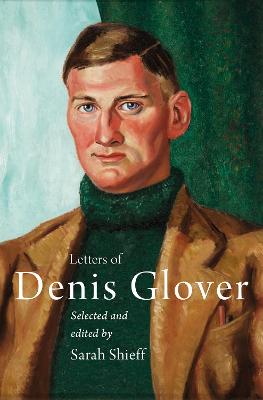 Oh Christ, a bloody 1/2 witted student, for purposes of an essay, has just come in to ask me what I and Baxter write verse for, and if we mean what we say, or is there something deeper; could we write better verse in England, or here; or do the critics and professors just read a lot into what's said that isn't there? So much. And I have been very rude indeed. - Letter to John Reece Cole, 16 August 1949 Nothing about this excerpt from a letter by Denis Glover will surprise anyone who knows him by reputation. He - and his letters - could be witty, intelligent, alarmingly frank and frequently highly entertaining. A widely admired poet, honoured naval commander, gifted printer and typographer, Denis Glover was founder of the Caxton Press in Christchurch. For 15 years from 1935 he directed a publishing programme that did much to define New Zealand literature for its day, and for much of the rest of the century. His literary work was suspended for war service in the New Zealand Division of the Royal Navy, during which he earned a DSC for his activities in the Normandy landings. But he was also a serial philanderer and prodigious drinker, and his private life increasingly disintegrated around him, more and more publicly. And yet his energy as a correspondent appeared never to wane, and almost to the end he confided openly, prolifically and entertainingly to hundreds of acquaintances and confidants. In this magnificent volume Sarah Shieff presents around 500 of Glover's letters to around 110 people, drawn from an archive of nearly 3000 letters to over 430 recipients. Many now recall Glover as little more than a misogynistic old fart, a court jester. These letters should give readers the opportunity to revise - or at least complicate - those dismissive categorisations. R

» Have you read this book? We'd like to know what you think about it - write a review about Letters of Denis Glover book by Sarah Shieff and you'll earn 50c in Boomerang Bucks loyalty dollars (you must be a Boomerang Books Account Holder - it's free to sign up and there are great benefits!)


A Preview for this title is currently not available.
More Books By Sarah Shieff
View All