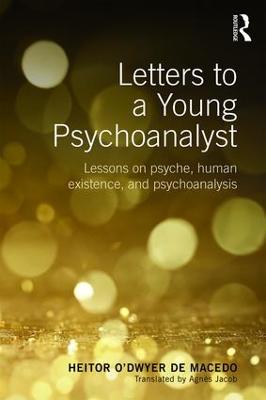 Letters to a Young Psychoanalyst

Written in the form of letters from an experienced analyst to a young colleague, Letters to a Young Psychoanalyst expands the psychoanalytic frame to include South American, French, and British theory, and examine a wide variety of theoretical and clinical topics.

Letters to a Young Psychoanalyst is ground-breaking in more than one respect. It re-examines major psychoanalytic theories in the light of rich clinical practice, and in the light of the practice of friendship, whilst portraying the practice of analysis as the choice of a personal code of ethics. Covering such core issues as transference, trauma, hysteria, the influence of the mother, and love and hate, and drawing on the work of notable analysts such as Winnicott, McDougall, Pankow and Ferenczi, the book explores the many facets of healing function of psychoanalysis in practice and discloses the workings of the psyche in human existence.

This book considers psychoanalysis a humanist endeavour, focussing on its healing function and using captivating examples to illustrate different modes of commitment on the part of the analyst. Rejecting a view of psychoanalysis as a painful and laborious process, the book insists instead on the joyous and passionate nature of the work of psychic elaboration. Uniquely, the transmission of knowledge and skill which it provides, constituting a veritable training, is not at all didactic in tone. It places the two interlocutors, as well as the reader, on the same level: people who share the desire to remain attentive to themselves and to others, and who believe that empathy heals, within the setting of therapy and in human relations in general.

Written in a remarkably engaging and accessible style, Letters to a Young Psychoanalyst will appeal to psychoanalysts and psychoanalytic psychotherapists, students of all levels studying in these fields, as well as lay readers wishing to understand fundamental psychoanalytic concepts. 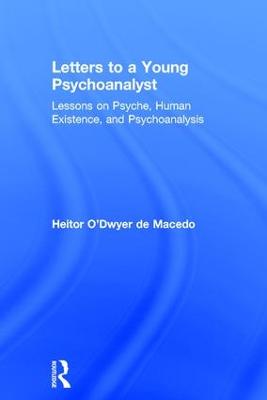 » Have you read this book? We'd like to know what you think about it - write a review about Letters to a Young Psychoanalyst book by Heitor O'Dwyer de Macedo and you'll earn 50c in Boomerang Bucks loyalty dollars (you must be a Boomerang Books Account Holder - it's free to sign up and there are great benefits!)

Heitor O'Dwyer de Macedo is a French psychoanalyst and former theatre director of Brazilian origin, based in Paris.

A Preview for this title is currently not available.
More Books By Heitor O'Dwyer de Macedo
View All