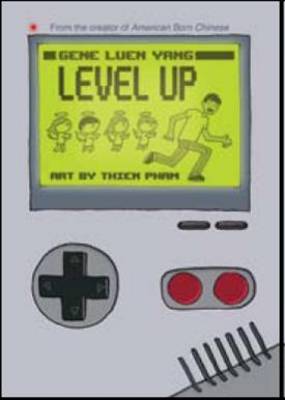 Smackdown! Video Games vs. Medical School! Which will win the battle for our hero's attention in Gene Luen Yang's new graphic novel? Dennis Ouyang lives in the shadow of his parents' high expectations. They want him to go to med school and become a doctor. Dennis just wants to play video games - and he might actually be good enough to do it professionally. But four adorable, bossy, and occasionally terrifying angels arrive just in time to lead Dennis back onto the straight and narrow: the path to gastroenterology. It's all part of the plan, they tell him. But is it? This powerful piece of magical realism brings into sharp relief the conflict many teens face between pursuing their dreams and living their parents. Partnered with the deceptively simple, cute art of newcomer Thien Pham, Gene Yang has returned to the subject he revolutionized with American Born Chinese. Whimsical and serious by turns, Level Up is a new look at the tale that Yang has made his own: coming of age as an Asian American.

Other Editions - Level Up by Gene Luen Yang 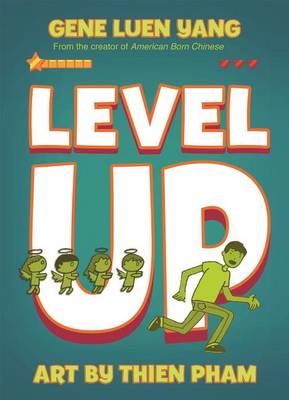 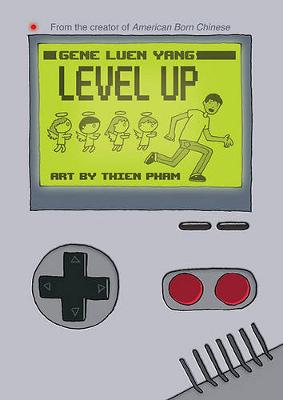 » Have you read this book? We'd like to know what you think about it - write a review about Level Up book by Gene Luen Yang and you'll earn 50c in Boomerang Bucks loyalty dollars (you must be a Boomerang Books Account Holder - it's free to sign up and there are great benefits!)

Gene Luen Yang began making comic books in the fifth grade. He has since written and drawn a number of titles. His 2006 book American Born Chinese was the first graphic novel to be nominated for a National Book Award and the first to win the American Library Association's Michael L. Printz Award. It also won an Eisner Award for Best Graphic Album - New. His 2013 two-volume graphic novel Boxers & Saints was nominated for both the National Book Award and the LA Times Book Award. Gene currently writes the graphic novel continuation of the popular Nickelodeon cartoon Avatar: The Last Airbender. The Shadow Hero, his recent comic book series with Sonny Liew, revives the Green Turtle, an obscure 1940s character who is arguably the first Asian American superhero.