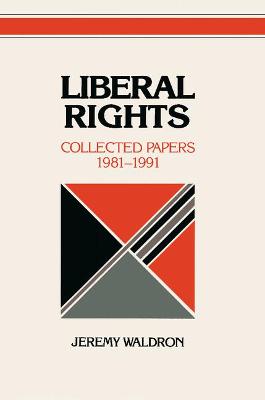 This volume brings together a wide-ranging collection of the papers written by Jeremy Waldron, one of the most internationally highly-respected political theorists writing today. The main focus of the collection is on substantive issues in modern political philosophy. The first six chapters deal with freedom, toleration, and neutrality and argue for a robust conception of liberty. Waldron defends the idea that people have a right to act in ways others disapprove of, and that the state should be neutral vis-a-vis religious and ethical systems. The chapters that follow are concerned with socio-economic rights. Waldron argues that poverty and homelessness are not to be understood apart from the value of freedom. On the contrary our moral response to them should be based on the same values that underlie traditional liberal philosophy. The volume is a tribute to the resources and unity of the liberal political tradition. 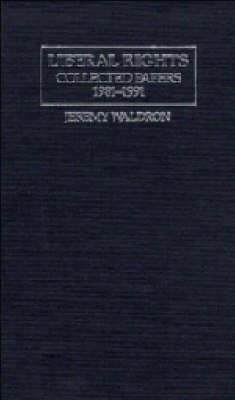 » Have you read this book? We'd like to know what you think about it - write a review about Liberal Rights book by Jeremy Waldron and you'll earn 50c in Boomerang Bucks loyalty dollars (you must be a Boomerang Books Account Holder - it's free to sign up and there are great benefits!)