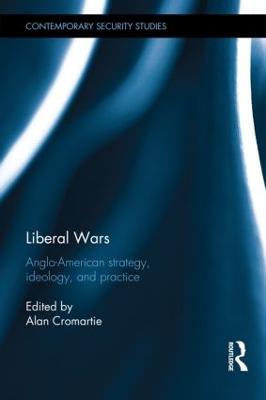 This book addresses the relationship between the 'liberal' values of Anglo-Saxon cultures and the way that they conduct themselves when they are fighting - or preparing to fight - wars.

The United States and the United Kingdom are characterised by a consensus that their social and political arrangements are, in a very broad sense, 'liberal'. Liberalism is not pacifism; nor are liberals necessarily respectful of traditional prohibitions that have set out to moderate excessive violence. But liberals do seek to understand their violent actions as part of a wider project of defending or expanding liberal freedoms. The perceived alternative is to undermine the will to keep on fighting. Sustaining a liberal picture of what is going on is an indispensable part of a liberal strategy.

Contributors with disciplinary backgrounds in history, international relations, and strategic studies discuss what 'liberalism' means in this particular context and how it might relate to 'strategy', both in the recent past and in the future. The chapters consider how liberal states understand the wars they fight, the constraints liberal values place on these states, the role of public opinion and the appropriate strategies for modern liberal states. Topics addressed include civilian bombing, the nature of US military culture, the British 'Iraq inquiries', the effects of the erosion of Westphalian sovereignty and the rise of new ideas about 'globalization', and the decline in popular involvement.

This book will be of much interest to students of strategic studies, political philosophy, foreign policy, security studies and IR in general.

» Have you read this book? We'd like to know what you think about it - write a review about Liberal Wars book by Alan Cromartie and you'll earn 50c in Boomerang Bucks loyalty dollars (you must be a Boomerang Books Account Holder - it's free to sign up and there are great benefits!)

Alan Cromartie is Professor of the History of Political Thought at the University of Reading, and author of The constitutionalist revolution (2006) and editor of Thomas Hobbes, A dialogue between a philosopher and a student, of the common laws of England (2005).

A Preview for this title is currently not available.
More Books By Alan Cromartie
View All