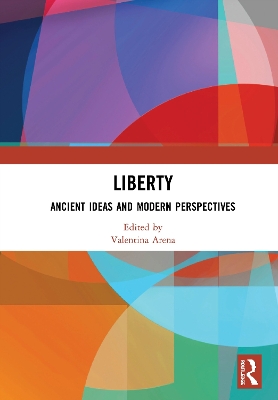 Liberty: Ancient Ideas and Modern Perspectives is the first study of the ancient notions of liberty in the interconnected societies of the Ancient Near East, Greece, Rome, and Byzantium and how they relate to modern political theory.

This volume gathers the work of historians of antiquity, whose specialisms are geographically and temporally diverse, together with political theorists and legal and political philosophers interested in conceptions of liberty. Together they discuss the rival understandings of liberty in antiquity and the potential offerings of these ancient societies to our contemporary intellectual world. This book aims to broaden our understanding of the conceptual articulations of liberty in the ancient world, from beyond the Graeco-Roman world to other ancient societies to which this world was connected; and to shed light on rival understandings of liberty in antiquity and the role these might play in the current thinking about this concept.

The chapters in this book were originally published as a special issue of the journal, History of European Ideas.

» Have you read this book? We'd like to know what you think about it - write a review about Liberty: Ancient Ideas and Modern Perspectives book by Valentina Arena and you'll earn 50c in Boomerang Bucks loyalty dollars (you must be a Boomerang Books Account Holder - it's free to sign up and there are great benefits!)


A Preview for this title is currently not available.
More Books By Valentina Arena
View All