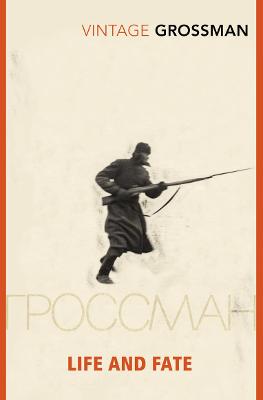 This sweeping account of the siege of Stalingrad aims to give as panoramic a view of Soviet society during World War II as Tolstoy did of Russian life in the epoch of the Napoleonic Wars. Completed in 1960 and then confiscated by the KGB, it remained unpublished at the author's death in 1964; it was smuggled into the West in 1980.Grossman offers a bitter, compelling vision of a totalitarian regime where the spirit of freedom that arose among those under fire was feared by the state at least as much as were the Nazis. His huge cast of characters includes an old Bolshevik now under arrest, a physicist pressured to make his scientific discoveries conform to "socialist reality" and a Jewish doctor en route to the gas chambers in occupied Russia. Ironically, just as Stalingrad is liberated from the Germans, many of the characters find themselves bound in new slavery to the Soviet government. Yet Grossman suggests that the spirit of freedom can never be completely crushed. His lengthy, absorbing novel, which rejected the compromises of a lifetime and earned its author denunciation and disgrace testifies eloquently to that spirit. » Have you read this book? We'd like to know what you think about it - write a review about Life And Fate (Vintage Classic Russians Series) book by Vasily Grossman and you'll earn 50c in Boomerang Bucks loyalty dollars (you must be a Boomerang Books Account Holder - it's free to sign up and there are great benefits!)

Vasily Grossman was born in 1905. In 1941, he became a war reporter for the Red Army newspaper Red Star and came to be regarded as a legendary war hero. Life and Fate, his masterpiece, was considered a threat to the totalitarian regime, and Grossman was told that there was no chance of the novel being published for another 200 years. Grossman died in 1964.