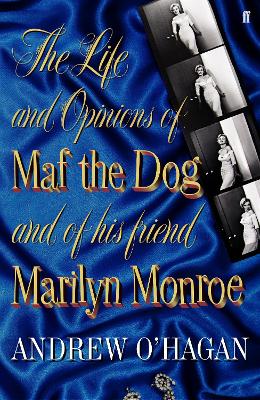 The Life and Opinions of Maf the Dog, and of his friend Marilyn Monroe

Description - The Life and Opinions of Maf the Dog, and of his friend Marilyn Monroe by Andrew O'Hagan

In November 1960, Frank Sinatra gave Marilyn Monroe a dog. His name was Maf. He had an instinct for the twentieth century. For politics. For psychoanalysis. For literature. For interior decoration. This is his story.

Maf the dog was with Marilyn for the last two years of her life. Not only a picaresque hero himself, he was also a scholar of the adventuring rogue in literature and art, witnessing the rise of America's new liberalism, civil rights, the space race, the New York critics, and was Marilyn Monroe's constant companion. The story of Maf the dog is a hilarious and highly original peek into the life of a complex canine hero - he was very much a real historical figure, with his license and photographs sold at auction along with Marilyn's other person affects. Through the eyes of Maf we're provided with an insight into the life of Monroe herself, and a fascinating take on one of the most extraordinary periods of the twentieth century.

Buy The Life and Opinions of Maf the Dog, and of his friend Marilyn Monroe by Andrew O'Hagan from Australia's Online Independent Bookstore, Boomerang Books.

Other Editions - The Life and Opinions of Maf the Dog, and of his friend Marilyn Monroe by Andrew O'Hagan 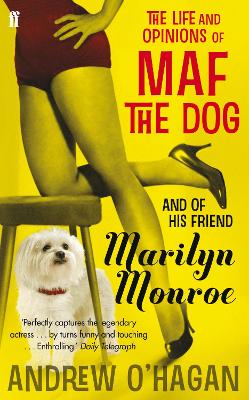 Book Reviews - The Life and Opinions of Maf the Dog, and of his friend Marilyn Monroe by Andrew O'Hagan

» Have you read this book? We'd like to know what you think about it - write a review about Life and Opinions of Maf the Dog, and of his friend Marilyn Monroe book by Andrew O'Hagan and you'll earn 50c in Boomerang Bucks loyalty dollars (you must be a Boomerang Books Account Holder - it's free to sign up and there are great benefits!)

Book Review: Life and Opinions of Maf the Dog, and of his friend Marilyn Monroe by Andrew O'Hagan - Reviewed by Boomer (30 Jun 2010)

Reviewed by Ann Skea (ann@skea.com). ************************************************ Mafia Honey was and is a remarkable animal. Was, because he was, in truth, Marilyn Monroe's pet Maltese terrier for the last two years of her life. Is, because, as he demonstrates in Andrew O'Hagan's book, he is a remarkably literate, philosophical, perceptive and intelligent animal, even if he is an inveterate name-dropper. His pedigree (according to Maf) "is terrifically intact" and can be traced back to the pets of Mary Queen of Scots and Marie Antoinette. He is also a skillful narrator with a fascinating story to tell.

Born in Aviemore, Scotland, in the house of an imaginative Trotskyist, Maf imbibed literary knowledge and socialist principles as a pup before being sold to the gardener of Charleston, where he became part of the household of Vanessa Bell and Duncan Grant, and inherited the dog-collar of Virginia Woolf's beloved dog, Pinker. His literary education, thus, was impeccable and his vast knowledge of art may have begun there, too.

So, Maf was Scottish born and English educated before his journey to Marilyn exposed him to a new and different culture. Maf tells us how he was shipped to America by Natalie Wood's mother, spent some time in the Wood's chaotic household, and then was bought by Frank Sinatra as a surprise gift for Marilyn Monroe, because "every girl need a man around the house". Marilyn was instantly captivated by Maf, lifted him into her arms and kissed him as if he "was a returning hero". Hearing that he was from England, she declared him "a proper gentleman". It was love at first sight for both of them and from then on Maf was her almost constant companion. He was thus perfectly placed to tell us about the famous people she met and worked with, and he was an acute observer of Marilyn herself. He tells us all about his observations with an ironic turn of phrase.

Commenting on dog owners in general, Maf says that humans imagine that dogs "enjoy nothing more than leaping after a stick or chasing a tennis ball". On the contrary, he says, dogs would prefer a chewy bone to gnaw in front of a roaring fire whilst they imbibe conversation and opinions. He notes, however, that "given the paucity of stimulating conversation in most English and American households", a trip to the park where he can meet and debate with other "flatulent slaves of enchantment" is very acceptable.

Maf is always ready for philosophical debate with his own kind. Quite where he came to know the works of Plato, Aristotle, Nietzsche, Schopenhauer and Descartes ("He think therefore he Am - well good for He. Good for Am") he never tells us. Nor does he really explain how he came by his extensive knowledge of literature and art, both of which he quotes from and refers to frequently. He does tell us that Marilyn reads Russian novels - slowly. He also comments that you never saw her reading the books by De Toqueville and Edmund Wilson which she had on her shelves unless a photographer came to the apartment to take pictures. But he records her strong desire for intellectual seriousness, and her urge to better herself and to break out from behind the Marilyn 'mask' which she wore to concealed her vulnerability.

Maf gets involved in some wonderfully funny situations. His description of Natalie Wood's father, Nick, watching cowboy shows on the television, swigging vodka and holding his rifle (unloaded) on his lap, and the mayhem that ensues when Frank Sinatra visits is an exercise in deadpan humour. "I don't think I have ever witnessed such chaos", he remarks, "whether in Scotland, England, on Pan-Am or in Quarantine".

When Maf accompanies Marilyn to an after performance gathering of actors and friends in Lee Strasberg's office, their enthusiasm for Shakespeare's dog, Crab, in Two Gentlemen of Verona, inspires him so much that he imagines himself on Lear's blasted heath: "Poor Maf's a-cold" he extemporizes, getting carried away by the excitement of the moment.

Maf is acutely aware of Marilyn's vulnerability and of her need for self-discovery. He shares her ups and downs, her passions and her depressions. He accompanies her to consultations with her psychiatrist, about whom he makes penetrating comments on her patronizing attitude, her self-obsession, her own neuroses and her claims of childhood friendship with Anna Freud. Most of what passed for psychoanalysis at the Actors Studio, Maf concludes, was really just gossip about analysts and writers in Europe, which made people feel better about their own lives in America.

Marilyn's first meeting with President 'Jack' Kennedy is recorded. "Don't hold your breath for stunning revelations", Maf tells us. He only met him this one time and that was as at a party which was "no more racy than usual". He recalls no "world-historical discussions", only a brief conversation in which he was aware of "something dramatic lying just under the surface".

All-in-all, Maf is a great observer and a great story-teller. "A dog's biggest talent is for absorbing everything of interest". Cats, he observes, "show an exclusive preference for poetry over prose" (one cat he meets quotes Yeats) and that is why dogs hate them. Other animals speak prose and are practical and realistic, Human beings, however, "live in a place invented in their own minds".

Above all, Maf's creed is to never give up. "We move on", he proclaims, "New adventures. New people. New snacks.". His last glimpse of Marilyn is on television, singing Happy Birthday to President Kennedy. She looks, he says, "unearthly","as if nothing real had ever touched her". And our last glimpse of Maf is of him snuggling down on his mistress's empty bed, breathing in the scent of her pillow.

Andrew O'Hagan was born in Glasgow in 1968. Our Fathers, his debut novel, was shortlisted for the 1999 Booker Prize. His second novel, Personality, won the James Tait Black Memorial Prize for Fiction in 2003, and in that same year Granta named him one of the 'Best of Young British Novelists'. He lives in London. 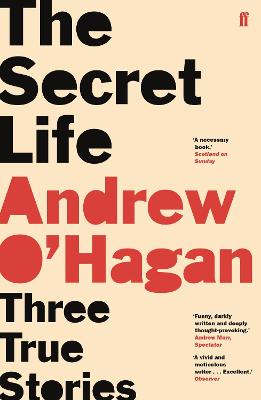 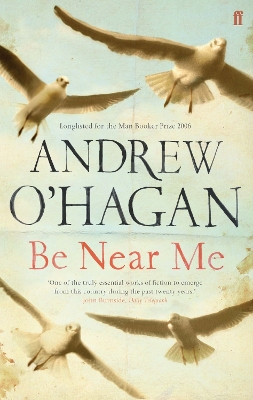 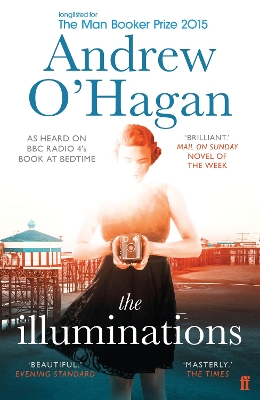