Life at the Dakota

Description - Life at the Dakota by Stephen Birmingham

Life at the Dakota is a deliciously entertaining social history which describes the lives of the rich and trendy who have lived at the Dakota, a New York apartment house daringly erected in 1884, "too far up" and on the wrong side of town.
In Stephen Birmingham's witty chronicle, the atmosphere of this elegant edifice is so powerful that the building itself becomes an unforgettable major character. From its start the Dakota has attracted a lively mix of people, from celebrities Leonard Bernstein, Roberta Flack, and John Lennon, to a ground-floor tenant who kept a stuffed horse in full armor in the living room, and yet another older tenant who was spotted wandering naked through the cellar by some workmen, mistaken for a ghost of the building.
While detailing the active and often contentious life within the building from the nineteenth century to the present, Mr. Birmingham also brings to life the New York social scene and that of other fashionable American cities. Just as the sixty-foot rooms, the elaborate moldings and rococo ceilings are lushly described, so is the changing atmosphere in Central Park, the smell and sound of the street below, the judgments about what was fashionable and what was not throughout the years. Here is a window into the marvelous world of The Dakota and through it, the changing view of New York.

Other Editions - Life at the Dakota by Stephen Birmingham 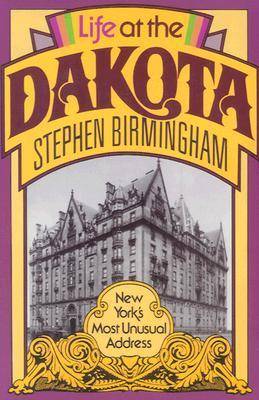 Book Reviews - Life at the Dakota by Stephen Birmingham

» Have you read this book? We'd like to know what you think about it - write a review about Life at the Dakota book by Stephen Birmingham and you'll earn 50c in Boomerang Bucks loyalty dollars (you must be a Boomerang Books Account Holder - it's free to sign up and there are great benefits!)