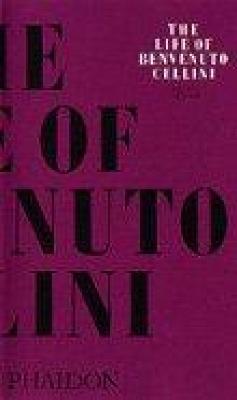 The Life of Benvenuto Cellini

Description - The Life of Benvenuto Cellini by John Pope-Hennessy

This work is the only known autobiography of a Renaissance artist. It describes not only the artist's life at the Papal Court in Rome and at the Royal Court of France but makes very vivid historical writing, including, as it does, an eye-witness acount of the Sack of Rome in 1527. Cellini also gives us details of his career as a sculptor and goldsmith who restored Etruscan sculptures in Florence, made jewellery for the Popes and beautiful trinkets and ornaments for the French Court, such as the salt-cellar for Francis I. Many of his contemporaries such as Michelangelo are described by him in an intimate manner. The illustrations, which include all Cellini's works that have been preserved, as well as scenes from Renaissance life, were chosen by Sir John Pope-Hennessy, who died in 1994.

Book Reviews - The Life of Benvenuto Cellini by John Pope-Hennessy

» Have you read this book? We'd like to know what you think about it - write a review about Life of Benvenuto Cellini book by John Pope-Hennessy and you'll earn 50c in Boomerang Bucks loyalty dollars (you must be a Boomerang Books Account Holder - it's free to sign up and there are great benefits!)

Sir John Pope-Hennessy (1913-94) was one of the 20th century's most distinguished art historians and museum directors. He was Director of the Victoria & Albert Museum (1967-73), Director of the British Museum (1974-76) and Consultative Chairman of the Department of European Paintings, Metropolitan Museum, New York (1977-86).