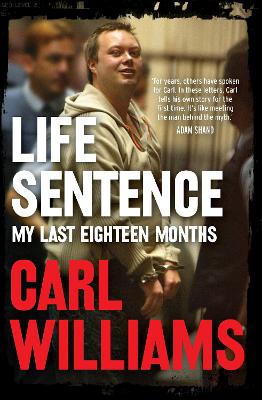 In 2007 Carl Williams was convicted of three murders and sentenced to 35 years' jail. Yet his role in the Melbourne Gangland Wars went far beyond a handful of killings, however brutal, and had made him one of the most infamous names in Australian criminal history. The unlikely gang boss with a baby face and friendly grin had played a leading role in the savage long-running conflict that saw more than 30 gang-related murders on the streets of Melbourne.

Williams began serving his sentence in a high-security unit at Victoria's Barwon Prison. In October 2008 he was given access to a personal computer. Confined to a tiny cell for most of the day, and having limited contact with the outside world, the computer was a godsend. As soon as he received it, Carl began a daily correspondence with his friends and family, covering his life in jail, his thoughts and hopes for the future, and his views and opinions on everyone from barristers and judges to fellow criminals and deadly rivals. Just a year and a half later, Williams was bashed to death by a trusted friend and fellow prisoner.

Using his letters, Life Sentence paints a vivid picture of Carl's last eighteen months. His writing is surprising, often manipulative, frequently self-serving, and always a fascinating and revealing insight into the mind of one of Australia's most notorious criminals.

'For years, others have spoken for Carl. In these letters, Carl tells his own story for the first time. It's like meeting the man behind the myth.' - Adam Shand 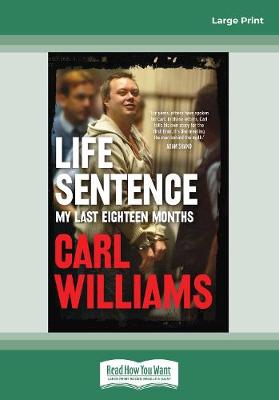 » Have you read this book? We'd like to know what you think about it - write a review about Life Sentence: My last eighteen months book by Carl Williams and you'll earn 50c in Boomerang Bucks loyalty dollars (you must be a Boomerang Books Account Holder - it's free to sign up and there are great benefits!)


A Preview for this title is currently not available.
More Books By Carl Williams
View All