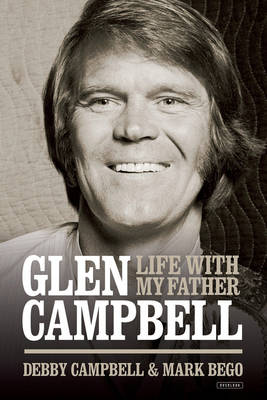 Life with My Father Glen Campbell

Description - Life with My Father Glen Campbell by Debby Campbell

He transitioned to film with John Wayne in 1969's True Grit, which earned him a Golden Globe nomination. He was inducted into the Country Music Hall of Fame in 2005, and was awarded a Grammy for Lifetime Achievement in 2012. During his fifty years in show business, Campbell has released more than 70 albums selling more than 45 million copies. For the last twenty-four years, Debby has been by her father's side, as a part of his concert touring act, as well as a supportive part of his family. She has been with her dad through his four wives, through drug and alcohol addiction, and now through the shattering beginnings of Alzheimer's disease. In her frank memoir, Campbell tells the story of her father straight from the heart.

Other Editions - Life with My Father Glen Campbell by Debby Campbell » Have you read this book? We'd like to know what you think about it - write a review about Life with My Father Glen Campbell book by Debby Campbell and you'll earn 50c in Boomerang Bucks loyalty dollars (you must be a Boomerang Books Account Holder - it's free to sign up and there are great benefits!)

Born in 1956, DEBBY CAMPBELL is Glen Campbell s eldest daughter, from his first marriage to Diane Kirk.MARK BEGO has been cited by "Publishers Weekly "as The Number One Best-Selling Pop Biographer. He is the author of fifty-eight published books on rock and roll and show business, and there are more than ten million copies of his books in print."

A Preview for this title is currently not available.
More Books By Debby Campbell
View All